It’s contingent on the city rezoning the Brooklyn neighborhood 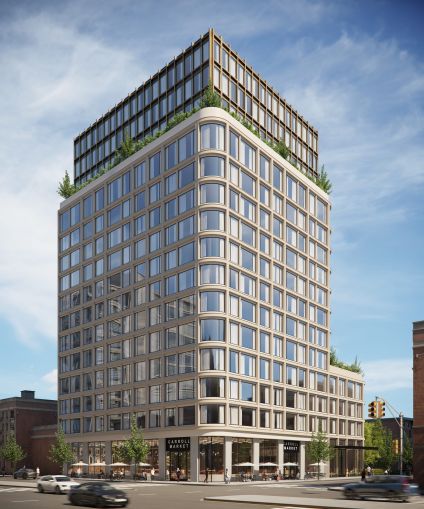 The controversial rezoning of Gowanus, Brooklyn, has started to inch forward and developers are already gearing up for projects based on it.

Avery Hall Investments announced Thursday plans to construct a 14- to 16-story apartment building at 274 Fourth Avenue, contingent on the rezoning passing and the developer buying air rights from an adjacent Metropolitan Transportation Authority substation to make it larger, the Brooklyn Paper first reported.

The project — which Avery Hall said would cost about $90 million — could bring up to 200 rental apartments to the neighborhood, with more than 30 of them set aside for affordable housing.

Avery Hall said picking up the air rights from the MTA would bump the project’s cost up to $120 million and add another 75 apartments, with 20 of those affordable.

“272 Fourth will help address the city’s ongoing housing crisis and fuel the city’s recovery by providing high-quality mixed-income housing and further enlivening this stretch of Fourth Avenue,” Avery Hall’s Brian Ezra said in a statement. “Right now, we have a one-time opportunity to add more mixed-income housing for Brooklyn families to the project, bring additional investment and jobs to the area, and provide funding for the city and MTA through our purchase of air rights from the city — and we’re hopeful our partners at the city will leverage it to address these important public policy goals.”

Avery Hall picked up the first lot for the project, which houses an auto body shop, at 272 Fourth Avenue in 2019 for $15 million, according to the Brooklyn Paper. And, this week, the developer finished the assemblage of the site when it bought 274 Fourth and 538 Carroll Street for $5.3 million, Avery Hall said.

The project would also include 6,000 square feet of ground-floor retail space. Depending on the rezoning’s approval, the developer plans to start construction in the fourth quarter of this year and finish in 2024.

The Gowanus rezoning — one of Mayor Bill de Blasio’s most ambitious proposals — has been in the works since 2013 and finally released a framework for it in 2019. It would cover 80 blocks between Park Slope and Carroll Gardens and allow 8,200 new apartments, 700,000 square feet of commercial space, and 251,000 square feet of community facilities to be built on land currently zoned for industrial use.

A local group, Voice of Gowanus, filed a lawsuit to derail the rezoning earlier this year, arguing that COVID-spurred online public hearings for it were illegal and inequitable, and a judge issued a temporary restraining order in January to halt the approval process.

The order was lifted in April and the City Planning Commission quickly certified the plans after, officially kicking off the long Uniform Land Use Review Procedure (ULURP). The rezoning faced another delay in May, while waiting for a judge to approve the details about an outdoor hearing on the plans, but its first online hearing is scheduled for Thursday afternoon.

Any further delays will put the rezoning in jeopardy as de Blasio’s term ends at the end of this year, along with those of two key City Council members, Stephen Levin and Brad Lander, who would approve it. It’s unclear if the next mayor will support the rezoning.