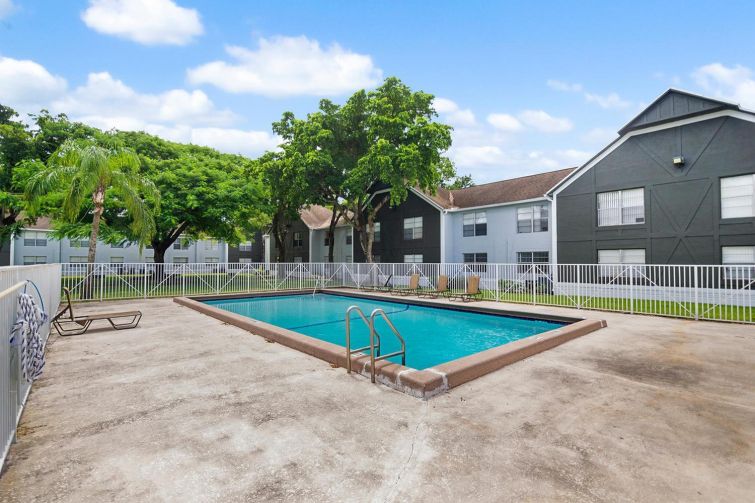 Advenir, a real estate investment company, purchased the 373,348-square-foot community for $39 million in 2012, according to property records.

Following the purchase in 2012, Advenir took out a 10-year loan with Freddie Mac for $30.2 million, per property records and the company’s website. The new financing will replace the existing mortgage.

Constructed in the 1970s, the property is located at 7840 NW 3rd Street sits between two main roads, Pine Boulevard and North University Drive. It holds 480 units, ranging from 625 to 850 square feet.

The occupancy rate stands at 96 percent, with rates averaging $1,400 a month, Vecchitto said.

Headquartered in nearby Aventura, Fla., Advenir acquires and operates multifamily rental communities across several states, including Texas, Colorado and Florida. Its portfolio consists of 13,200 apartment units valued at more than $2.3 billion, the company says.

Berkadia’s Charles Foschini and Christopher Apone were associated with the deal.