With core areas built out and getting costlier, outlying markets see new interest 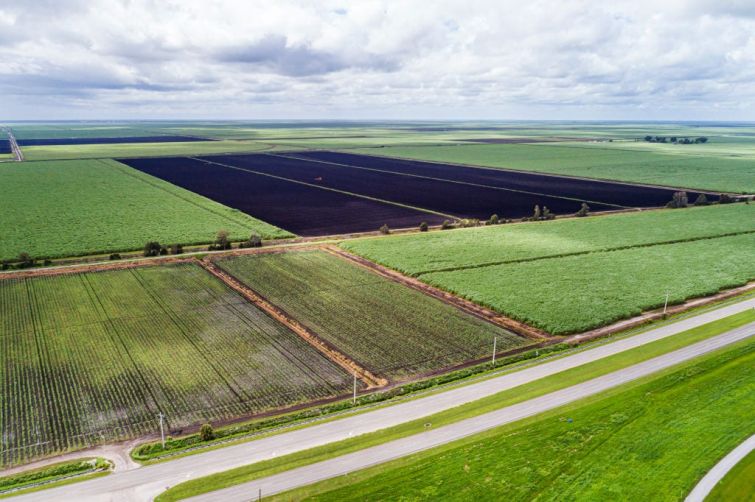 For years, economic developers in Palm Beach County pitched the rural Glades region as an up-and-coming area for industrial development. And for years, splashy deals failed to materialize.

That recently changed, when Apopka-based Finfrock, a maker of precast concrete buildings, bought 94 acres on the site of a former state prison in Belle Glade, located just off of State Road 80, the cross-state trucking route, with plans for a 140,000-square-foot manufacturing facility.

“It was pretty much the deal of the century,” said Shereena Coleman, president of the Glades region for the Business Development Board of Palm Beach County. “The Glades has been waiting for this for 40 years.”

As commercial land grows scarce in South Florida’s urban cores and sprawling suburbs, manufacturers and distributors in search of affordable land are increasingly looking to areas on the outskirts of the region, Coleman and others say. For now, the new users are almost exclusively industrial and distribution tenants drawn by cheaper land and, in the case of Belle Glade, a plentiful workforce.

“Given the lack of inventory of land, Belle Glade is going to get more focus,” said Christopher Thomson, an industrial broker at Cushman & Wakefield.

The search for space is pushing users not just to the Glades region of western Palm Beach County, but also to Homestead in southern Miami-Dade County and north to Martin and St. Lucie counties, an area known as the Treasure Coast.

“If you need a site of scale, you don’t have a lot of options,” Ted Elam, vice president of Foundry Commercial, said during a recent NAIOP South Florida panel discussion on the region’s new frontiers.

Amazon illustrates the trend: As the e-commerce giant builds out its distribution network in South Florida, the company is planning fulfillment centers in Homestead and at the Palm Beach Park of Commerce west of Jupiter. Palm Beach Park of Commerce once was considered remote, but the property now is home to a Walgreens warehouse and a 1 million-square-foot Amazon facility currently under construction and opening soon.

As Palm Beach Park of Commerce nears build-out, it no longer offers plentiful options to users in search of distribution space.

As occupancy costs rise in Palm Beach County, distribution tenants can save about $2 per square foot in rent by shopping for locations in Martin County, Elam added.

“Instead of paying $9 triple-net, you might be paying $7,” he said. “There are some pretty significant cost savings for those large tenants who locate just a little bit to the north.”

While South Florida real estate professionals might think of Martin and St. Lucie counties as too far away for distribution centers, players from New York and California aren’t so worried about the extra distance, Thomson said.

“They’re not afraid to look one exit north,” Thomson said.

As a result, there’s a flurry of activity at the industrial land at Interstate 95 interchanges in the two counties.

The story is similar in Homestead, as industrial land is available for as little as $300,000 to $400,000 an acre, compared to $2 million an acre in the bustling Airport West and Doral corridors.

“We are not the only group that’s looking down there,” Elam said.

Palm Beach County and Miami-Dade County encompass 1,900 square miles each — meaning that each county covers roughly the same land mass as Delaware. In other words, there’s a lot of land in South Florida that doesn’t front the ocean and isn’t covered by office towers or suburban sprawl.

The new frontiers have faced challenges over the decades. Homestead was hammered by Hurricane Andrew in 1992, a natural disaster that stalled development there.

Belle Glade, an agricultural enclave separated from coastal markets by miles of sugar cane fields, has a struggling job market further weakened by the closing of a state prison. Martin County, for its part, has built its identity on resisting new development.

However, with more than 6 million residents in the region and population growth resuming after the Great Recession, even the formerly wide-open spaces of South Florida are being snapped up for homes and commercial development.

Jeffrey Chamberlin of SLC Commercial Realty and Development said the Treasure Coast region soon will be home to “a million square feet at every I-95 interchange.”

However, while the development wave might be on the horizon, there’s still some hesitation among South Florida developers and investors. Some simply can’t wrap their minds around the possibility of distribution hubs in what Chamberlin acknowledged is “a tertiary market.”

One buyer had a contract on 65 acres of land in the Treasure Coast, but backed out of the deal because his backers couldn’t fathom the area’s emergence as a desirable location.

“What’s being proposed to be built doesn’t exist yet, so they couldn’t get their investors comfortable,” Chamberlin said.

Belle Glade’s deal of the century, meanwhile, landed after a number of fits and starts. In 2014, economic developers ramped up their pitches of the area and said new projects would bring hundreds of jobs to the region. However, many of those deals fizzled.

Then came Finfrock, which was attracted by the combination of comparatively cheap land and abundant labor. Median household income in the Glades region is just $26,000, Coleman said.

Finfrock expects to hire nearly 200 workers in Belle Glade. County commissioners approved a $1.9 million grant to Finfrock over 10 years, plus $400,000 in tax breaks over a decade. Finfrock paid $3.85 million for its land in Belle Glade, according to a deed.

Finfrock “fell in love with the community,” Coleman said. That was a departure from the response of many employers, who often associate the Glades region with crime and poverty, she said.

“We have been working tirelessly to showcase the Glades in a different light,” Coleman said.

Users who venture out to the Glades do have one wild card to deal with: the cost of preparing the region’s silty topsoil for building can quickly add up. That process, known as demucking, can cost up to $300 per square foot.

“That’s a lot of cost that’s being added on to this cheap land,” Coleman said. “That’s something to consider, and we try to be very honest.”