Silver Street Development bought into the property, now in partnership with LIHC Investment Group, is moving forward with a $71 million rehabilitation 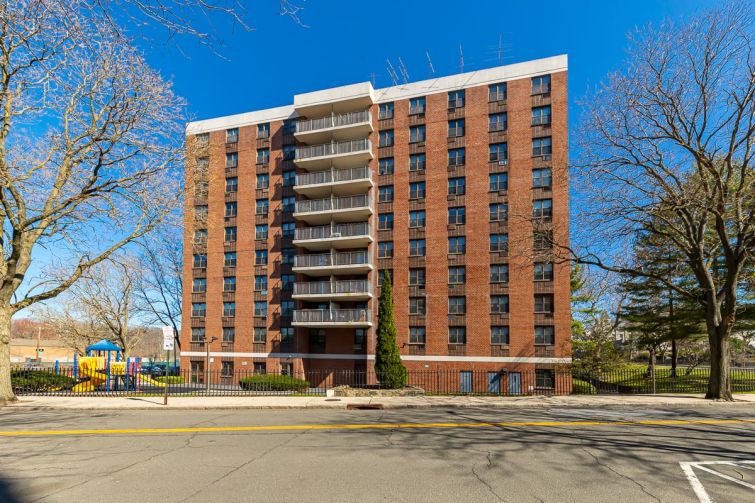 A partnership between LIHC Investment Group and Silver Street Development Corporation is ready to move forward with a widespread, planned rehabilitation of an affordable housing development in Tuckahoe, N.Y., after locking in $71 million in public financing, the duo announced Monday.

The deal helped fund LIHC, Silver Street’s $54.5 million acquisition of Marble Hall Apartments — at 100 Columbus Avenue #1 in Tuckahoe, a small village in Westchester County — and ensured that the property will maintain its affordability over the next four decades. The financing will also help facilitate a rehab of the asset.

The package included a $48 million U.S. Department of Housing and Urban Development (HUD) Section 223(f) loan originated by Rockport Mortgage Corporation, accompanied by 4 percent Low-Income Housing Tax Credit (LIHTC) equity amounting to $17 million that was allocated by the New York State Division of Housing and Community Renewal. The city of Westchester also supplied about $38 million in financing via the issuance of tax-exempt bonds by the Westchester County Industrial Development Agency (IDA), which approved the bond financing in February. The city of Tuckahoe also approved a 40-year payment in lieu of taxes (PILOT) agreement.

Marble Hall’s existing Section 8 housing assistance payments contract (HAP), which had about 20 years left in its life, was swapped with a fresh 20-year HAP contract, and HUD extended the contract out another 19 years, which ensured the preservation of the property’s affordability status through 2060.

HUD Deputy Regional Administrator for New York and New Jersey, Stephen Murphy, called the deal “an incredible victory, securing quality affordable housing for 134 families in Tuckahoe through the year 2060. HUD supported the acquisition and preservation of Marble Hall Apartments through our $48 million Section 223(f) refinancing loan and an annual subsidy amount of $4.89 million.”

Built in the early 1970s, Marble Hall stands at 10 stories, and sports 134 one-, two- and three-bedroom, low-income residences, dedicated to tenants with income at or below 60 percent of the area median income (AMI); there are 39 one-bedroom, 77 two-bedroom, and 18 three-bedroom units.

Marble Hall has averaged 99 percent occupancy over the last three years, and there are currently more than 100 applicants on a waiting list for open units, according to LIHC. The company had previously co-owned Marble Hall for more than a decade but recently teamed up with Silver Street to secure the tax credit equity, HUD financing and 40-year PILOT agreement to buy out LIHC’s previous partners, who wanted to sell off their position in the property, according to information from LIHC.

“The preservation of Marble Hall guarantees the availability of affordable, healthy homes well into the future, while providing peace of mind for our residents during a time of uncertainty for many American families,” said LIHC Principal Andrew Gendron.

Silver Street COO Chris Poulin in a statement expressed pleasure with the “successful acquisition and long term plans we have put in place for Marble Hall, not only for the residents who call the property home, but for the Village, Town and County as a whole.”

Over the next 10 months, Silver Street and LIHC plan to invest a little under $5.8 million, or roughly $43,000 per unit, on various upgrades and improvements. The renovations will be focused on work to make the property more energy efficient, including more energy-efficient heat and hot-water boilers and new LED lighting.

The work will also target common areas like the lobby, on-site laundry room, the community room, and the management office. The community room will get a new tenant computer center, and the community’s playground and parking lot will be repaired, among other improvements.

Most of the apartments themselves will get new flooring, new stainless-steel kitchen appliances and countertops, upgraded bathrooms and new air-conditioning units. A handful of units will also be made to comply with the Americans with Disabilities Act (ADA), to help serve tenants with disabilities, including hearing and visual; accessible parking spots will also be increased.