Miami Hotels Back Above 72% Occupancy 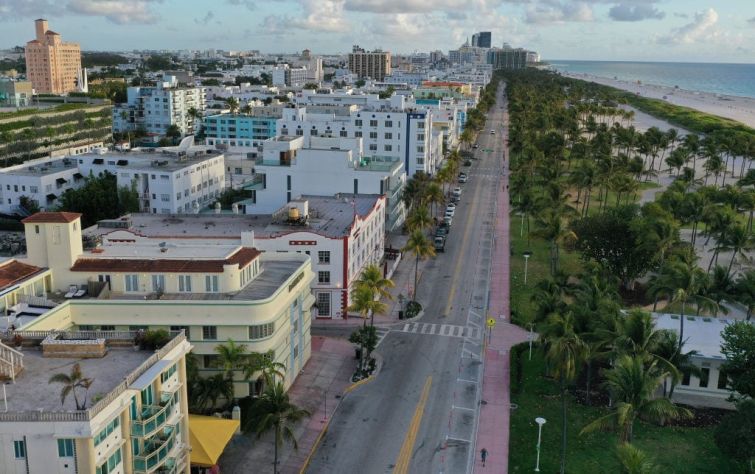 It’s peak season for Miami hotels, and guests are paying more than they ever have in some submarkets (looking at you, Miami Beach!), but that high is unlikely to last through hurricane season.

Miami’s hotels were up to 72 percent occupancy in April 2021, well above the national average of 57.5 percent, according to data from STR, a hospitality data and analytics company.

That’s still nine percentage points lower than pre-pandemic levels, and lower than the March occupancy rate of 80.7 percent. The three-year average, from 2017 to 2019, of April occupancy in Miami was 81.4 percent, according to STR.

This time of year is typically a strong market for Miami hotels, whose occupancy levels tend to decrease in the summer and fall and pick back up in winter, Chelsea McCready, CoStar Group’s director of hospitality market analytics for the southern U.S., told Commercial Observer.

“This is a very strong time for Miami normally anyway,” said McCready. “But, especially right now, with people being drawn to the beaches and the great weather. All the other markets that are performing particularly well right now have similar characteristics and a lot of them are also in southern Florida.”

Miami’s average daily rate for a hotel room was $234 in April, higher than the pre-pandemic, three-year average of $212, according to STR, which was acquired by CoStar in 2019). The main factor driving up the cost was the Miami Beach area’s high popularity — Miami Beach has reached the highest average daily rate ever seen in the submarket.

McCready doesn’t expect the high average daily-rate levels to last, however. After recessions, the average-price-per-day recovery tends to recover slower than occupancy rates, she said.

“It is funny that in the short term, right now, we are seeing the return to [average daily rate] happen a lot faster than the occupancy return,” McCready said. “I do think that’s a temporary flip, and once we start to see more of the different types of travelers returning, it will revert.”

Hotel stays were overwhelmingly from leisure guests, rather than conferences and conventions in April, allowing hotels to charge slightly higher rates for rooms, said McCready. High-end hotels in Miami, Tampa, Nashville, Phoenix, and Virginia Beach have attracted enough leisure visitors to make up for the lack of business travel.

But none of those top markets have returned to the levels of group occupancy — like convention and conference travel — hotels experienced before the pandemic. McCready does expect group occupancy to pick up after Labor Day in most markets, though Miami may take a bit longer given that peak hurricane season runs from August to September.

“We’re expecting on a broad scale to start to see group occupancy pick back up again in the fall, maybe after Labor Day,” said McCready. “Groups tend not to book in Miami in August, September and October, because it’s hurricane season. We would expect that to maybe pick back up a little bit later in Miami than in some other markets.”

A return to normal, however, will take more than until the end of hurricane season.

New hotel stock could also slow a recovery down. Lightstone launched a Moxy Miami South Beach hotel in February; and New York heavyweights Pastis, Carbone and Cote are looking to put down roots in Florida.

Meanwhile, the Miami-Dade County government is working with local hotels to increase COVID-19 vaccinations in the county, reported the Miami Herald. The county and city have been in talks with the Fontainebleau Miami Beach, the Eden Roc in Miami Beach, Trump International Beach Resort, and the Miami Airport Marriott to create vaccination events and raise vaccination numbers in the area.