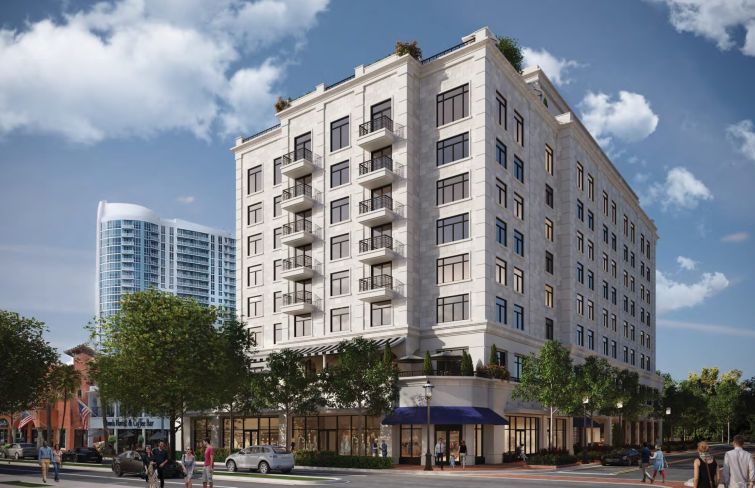 “We are working to break ground in fall of this year,” said Steven W.  Hudson, president of Fort Lauderdale-based Hudson Capital Group, one of the developers. “It’ll be a five-star property with restaurants, spa, meeting space.” The firm is partnering on the project with Charles B. Ladd Jr., president of Barron Real Estate in Fort Lauderdale.

The Fort Lauderdale City Commission on Tuesday night gave initial approval to a rezoning that Hudson and Ladd proposed for their 138-room downtown hotel development.

In Fort Lauderdale, “five-star luxury is something the [downtown] market doesn’t have right now,” Hudson said. “Most of our luxury hotels are on the beach,” which is a 15-minute drive east of the city’s central business district.

Hudson and Ladd plan to open their unnamed hotel as an independent property, unaffiliated with a major hotel chain, on East Las Olas Boulevard, a popular dining and shopping area. Hudson said he and his partner aim to attract business travelers who want luxury accommodations downtown, as well as leisure travelers drawn by the hotel’s proximity to the active Las Olas area.

“When I have clients come into town from New York or Chicago or San Francisco, where do I put them in [Fort] Lauderdale? The nicest hotels are on the beach. But these guys are here for business,” Hudson said. “Not everybody here is drawn to the beach.”

Hudson and Ladd paid $8.29 million for their development site at 1007 East Las Olas Boulevard. The firms are currently shopping for financing for the project, which will cost an estimated $25 million to build.

Two tenants, eyewear brand Warby Parker as well as camping and fishing gear retailer YETI, now occupy commercial space on the hotel development site. Warby Parker and YETI will move one address to the east, at 1009 East Las Olas Boulevard, into a new building “purpose-built just for the two of them,” Hudson said.

“That building is now under construction,” he said, “and after we finish that, we’ll break ground for the hotel.”

If a groundbreaking happens by October, Hudson said, the two-year construction phase of the downtown hotel project would be done in time for the Fort Lauderdale International Boat Show in 2023, one of the city’s biggest tourism generators.

Hudson said he could not specify the likely room rates for the hotel, “but we will be competing with the five-star hotels on the beach.”