Advisory Firms Have Been Shaking Up the Agency Multifamily Lending Arena 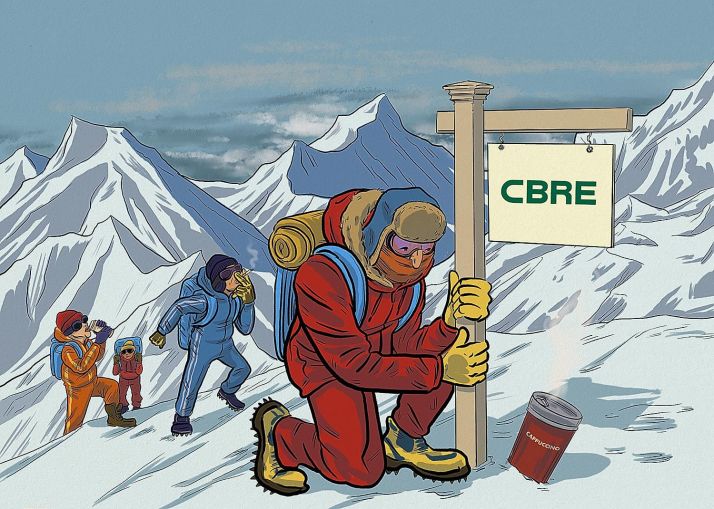 Newmark, like many other global advisory firms, has evolved into one of the most dominant agency lenders in the country since gaining agency lending licensing in 2018 via its acquisition of Berkeley Point Capital (BPC). The move enabled the company to effectively combine its advisory and investment sales prowess with agency loan origination.

Government-sponsored enterprises Fannie Mae and Freddie Mac flexed their muscles to support multifamily housing last year, at a time when the broader capital markets arena was at a relative standstill. The two institutions’ massive loan-purchasing volumes have climbed remarkably each year for the last several years, and many nimble, traditional commercial real estate finance advisory firms have taken advantage of the writing on the wall.

Over the last several years, many medium-to-large national and global advisory firms, like Newmark — and, most recently, Meridian Capital Group — have been methodically scooping up agency lending licenses, or more agency debt and equity advisory strength, by way of strategic partnerships or M&A activity, vaulting them into very advantageous positions in the market.

These companies marry their robust, innate investment sales and debt and equity advisory businesses with that of agency loan origination power to provide the cliched “one-stop-shop” for multifamily borrowers. They can run the buy and sell sides of a trade, and also quote, originate, and supply agency debt themselves, or use their inherent ability to source capital from a non-agency source for multifamily acquisitions, refinances or construction deals — life company, non-agency bank lender or debt fund, you name it.

They’ll run the entire process, no matter the outcome.

“It has changed the market, but has it moved it horribly? No, [not yet],” said one borrower who spoke to Commercial Observer anonymously. “But it already has changed the landscape.”

Meridian Capital, which had previously acted as somewhat of a massive feeder of agency multifamily loans to other finance companies, capped off 2020 with an announcement that it had partnered with Barings Multifamily Capital to create a formidable agency lending platform, which will be led by former Freddie Mac CEO David Brickman. That’s quite a coming-out party.

Newmark jumped wholesale into providing a full scope of advisory, loan origination and servicing in the agency multifamily realm in 2018 with its acquisition of BPC, which was a licensed agency loan provider. BPC, itself, had undergone its own expansion in the space, acquiring Oppenheimer Multifamily Housing & Healthcare Finance, from Oppenheimer & Co., in spring 2016, which gave it strong, dedicated Federal Housing Administration (FHA) origination capabilities on assisted-living, nursing homes and other health care-related multifamily properties.

Last year, Newmark came in as the fifth largest multifamily loan producer for both Freddie ($6.2 billion) and Fannie ($5.2 billion), after flirting with the No. 10 spot or thereabouts in previous years.

JLL’s acquisition of HFF in 2019 also combined the strengths of two of the agency lending space’s top five to 10 more-active originators into what now seems like an unscratchable beast in the space.

(Many advisory firms and lenders, and even the agencies, either declined to comment or did not respond to inquiries for this story.)

For a number of years, Willy Walker’s Walker & Dunlop (W&D) and Stephen Rosenberg’s Greystone — two important finance-first companies in the space — have built upon and expanded around their agency lending prowess, becoming two of the industry’s foremost multifamily financiers and servicers.

W&D has been expanding its profile in non-agency originations, acquiring debt and equity advisory practice AKS Capital Partners at the start of 2020, a firm that was started by finance juggernauts Aaron Appel, Keith Kurland, and brothers Jonathan and Adam Schwartz not long after the quartet departed JLL in summer 2019. It has also folded Denver-based subsidiary JCR Capital into its broader business to create a large investment management platform, Walker & Dunlop Investment Partners.

Walker “saw the writing on the wall,” one agency lending source told CO on the condition of anonymity to avoid any conflicts. The source was referring to the possibility that a firm like W&D could lose agency lending market share to these large advisory firms. (A representative of W&D did not respond to an inquiry.)

Greystone has made similar moves in the last several years to build out a more robust investment sales and brokerage network in response to the evolution of the agency lending market. (The firm was not able to respond to interview requests before publication.)

That’s an area of multifamily finance that the agencies have been building themselves back into as well. In 2020, Fannie reached $1.5 billion in investment in the LIHTC space in its two years since jumping back into the arena in 2018.

“Companies like Arbor [Realty Trust] are trying to build brokerage networks by acquiring,” said one agency borrowing source that spoke to CO. “Greystone has done that … Berkadia was a financing company that bought Hendricks and got into the brokerage business.”

One agency multifamily intermediary at a large firm said that “historically, you had agency lenders and brokers … [For example], W&D was doing straight agency and Meridian doing straight brokerage. If you do one or the other today, you’re at a straight disadvantage.”

Another borrower who spoke to CO said that he believes an advisory firm like Cushman & Wakefield is easier to deal with on the agency advisory-only side, because they don’t have an adjacent debt origination division nipping at the borrower’s heels during the process, trying to nab fees in every conceivable way they can get them.

“Agency licenses are limited, and they are worth a ton of money,” said one agency borrower who spoke to CO on the condition of anonymity. “As long as Fannie and Freddie and HUD are your best avenues to finance multifamily, non-recourse and with good terms … [this will continue].”

Another agency lending source told CO that they “don’t think it’s a trend that’s going away.”

“If you’re not a top six [agency originator], and if you don’t offer sales and sales-driving financing, it’s hard to be a niche player,” the source said.