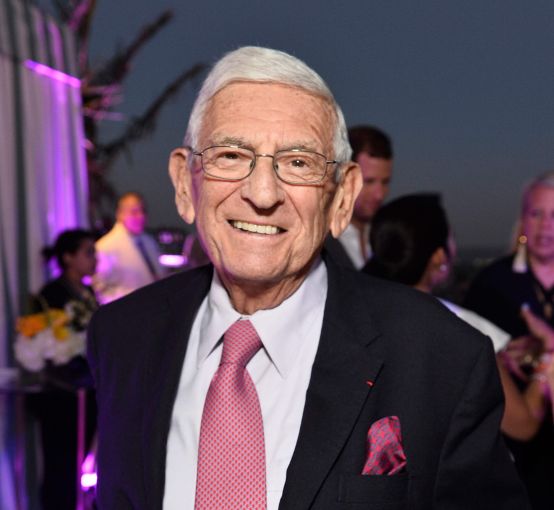 Eli Broad, the billionaire philanthropist and business tycoon, who co-founded KB Homes and helped transform the Los Angeles cultural landscape, died at Cedars-Sinai in L.A. on Friday night, according to The New York Times. He was 87.

Broad, who was born in the Bronx and grew up in Michigan, partnered with his wife’s cousin, Donald Kaufman, to form KB Homes in the 1950s. It built tract houses in the Detroit suburbs. The business would expand throughout the country and today boasts on their website of having “helped over 600,000 families and individuals achieve the dream of home ownership.”

In the 1970s, Broad would purchase the insurance company Sun Life that he would transform into the behemoth SunAmerica which eventually sold to AIG for $18 billion in stock, the second-biggest insurance acquisition at the time.

But, in L.A., he might have been more transformative when it came to the city’s cultural scene; Broad was “probably the most effective civic leader Los Angeles had seen since Dorothy Chandler,” The Times said in its obituary.

He personally financed The Broad contemporary art museum, an architectural masterpiece by Diller Scofidio + Renfro, and raised money for the Walt Disney Concert Hall, another architectural marvel by Frank Gehry in Downtown L.A. Broad was also the financial force behind the Broad Institute, a major scientific research hub in Cambridge, Mass., run by Harvard and the Massachusetts Institute of Technology.

All totaled, he and wife Edye Broad have committed more than $5 billion to philanthropy through their foundations, according to The Boston Globe.

“Eli Broad was a truly great American whose generosity knew no bounds,” said Related Companies chairman and founder Stephen Ross in a statement. “What Eli did for education, public health, medical research, and, of course, the arts in this country – and especially in Los Angeles – are his eternal legacy. It’s hard to put into words how much I respected and admired Eli, whether it was across the table in a negotiation or as a partner along Grand Avenue in Los Angeles.”