COVID Aid May Have Helped to Fuel Surge in Startups 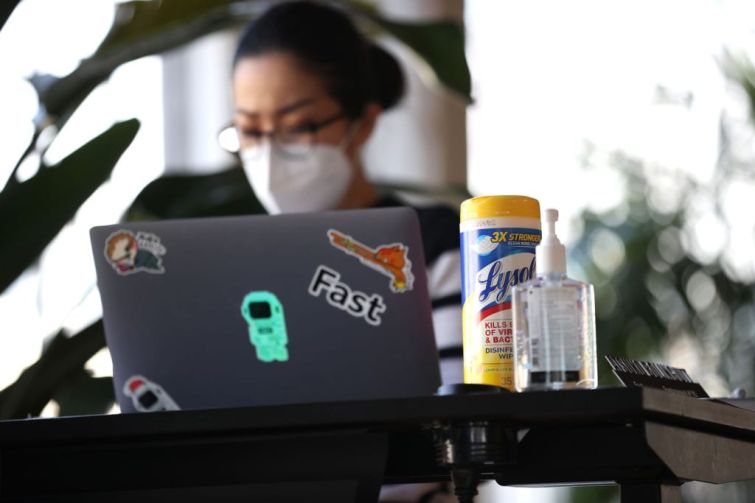 Hand sanitizer and wipes sit on the desk of an employee of a tech startup company. Photo: Justin Sullivan/Getty Images

After the federal government sent out coronavirus relief packages — which put much-needed money in the pockets of most Americans — states noticed a surge in new business licenses, according to a new study from The National Bureau of Economic Research.

The study examined business records from Georgia, Kentucky, New York, Tennessee, Texas, Vermont and Washington for all of 2020 and the first part of 2021, and found that Black-owned businesses in above-average income neighborhoods grew faster than other businesses.

“Even though legislation such as the CARES Act did not directly support new business formation, the passage and implementation of relief packages was followed by a relative increase in start-up formation rates, particularly in neighborhoods with higher median incomes and a higher proportion of Black residents,” the working paper reads.

Federal programs offering low-interest loans to new businesses will likely be crucial to future increases in startup growth, according to the study. While the researchers are uncertain if the economic aid caused the growth in new business, they believe it is more than a coincidence.

“Though our analysis is not causal, it is useful to note that the federal relief payments, and their uniform distribution (independent of eligibility criteria), may have played a role in enabling new firm formation in Black neighborhoods which might otherwise have been constrained by discrimination,” the study reads.

The rise in startups — which ended a long slump in entrepreneurship — could be an encouraging sign for the economy or a sign of struggle for those creating the startups, as people facing financial hardships during the pandemic create businesses out of necessity, according to The New York Times, which examined the report.

The pandemic-caused economic recession has also been a boon for coworking and flexible workspace startups, which capitalized on the new market seeking nontraditional office space, Commercial Observer reported.