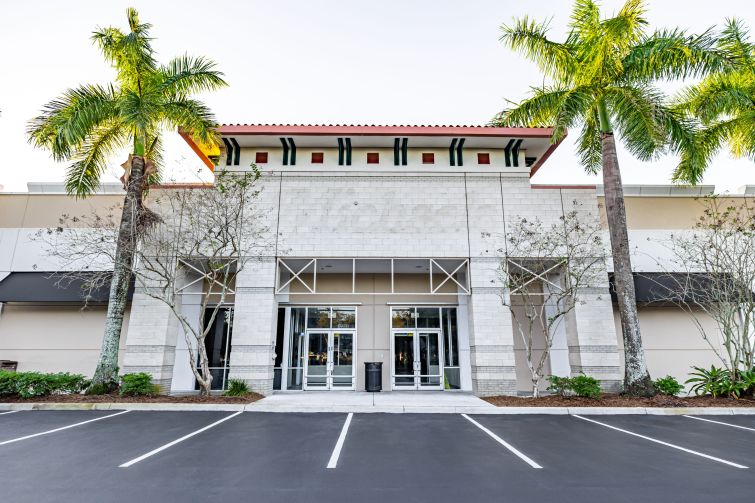 A Fitness System is coming to Plantation, FL. Celia Young

Alpha 2 Industries — the owner and operator of Sacramento gym chain Fitness System — is opening its first ever Florida location in a 21,429-square-foot space in Plantation Crossing, in one of two large retail deals brokered by Azor Advisory Services.

The gym signed a five-year lease at 12200 West Sunrise Boulevard in Plantation. The new location, which will occupy a space previously taken by craft store Michaels, hopes to open on July 1.

“They own multiple gyms in California,” Beth Azor, the CEO and founder of Azor Advisory Services, a co-owner of the property who brokered the deal in-house, told Commercial Observer. “They have relocated their business to South Florida and I think this is the first of many gyms they’re going to be opening for the communities.”

Azor said she expects the company to use the space both for a gym and some office work. The outdoor retail center also includes an Aldi, Sherman Williams, Concentra Urgent Care and a Sprint.

Helene Unschuld of Century 21 Tenace Realty represented Alpha 2 Industries. Unschuld did not respond to a request for comment.

In a separate deal, Azor represented Hemisphere Holdings LLC — the owner of East Hialeah Marketplace in Hialeah — in leasing a 22,000-square-foot outparcel to dd’s Discounts for ten years. The retailer is a discount seller of clothing, shoes, home goods, pet supplies and gym equipment. The landlord will build the tenant a space next to a Ross Dress For Less, which is owned by the same parent company as dd Discounts.

“It’s exciting to have two major corporations [dd’s Discounts and RossDress for Less] bringing in apparel products to our South Florida community,” Azor said. “Hemisphere will be spending millions of dollars building the buildings, so that adds money to our economy….and then it adds significant tax dollars to the community once it’s open.”

The landlord expects to have the space completed in May 2023. The deal was settled ten days ago, Azor said.

Craig Fetherston and Jim Petrarca of the Shopping Center Group represented dd’s Discounts and Azor represented Hemisphere Holdings LLC. Petrarca did not respond to a request for comment.