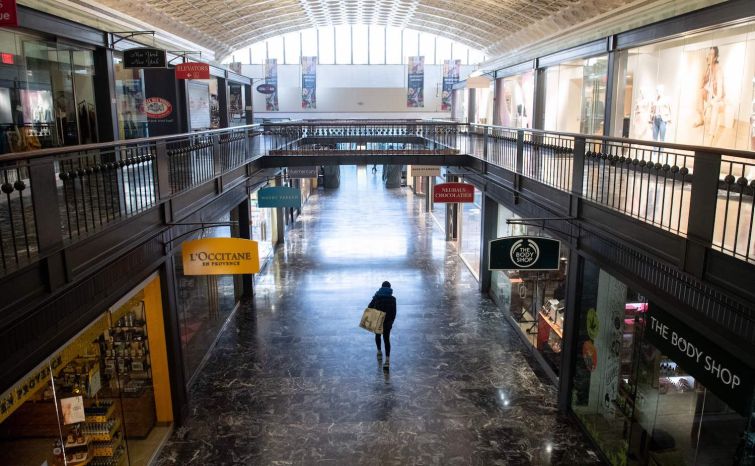 Ashkenazy Acquisition Corp. is in talks with a sovereign wealth fund interested in investing $100 million to recapitalize Union Station, the 420,000-square-foot mixed-use transportation hub in Washington, D.C., weeks after the firm defaulted on a $330 million mortgage, according to data from Trepp.

The move comes after Ashkenazy defaulted on its loan in March, which was triggered by the firm’s inability to repay monthly interest payments that had been deferred since last year.

The servicer noted that the sovereign wealth fund’s proposal would only be considered once Ashkenazy had caught up on debt payments, bringing the loan current.

Back in 2018, the company secured a $430 million fixed-rate loan with Citigroup and Natixis for the combined retail and office space at the station, which consisted of the 10-year, $330 million commercial mortgage-backed securities (CMBS) loan and $100 million in mezzanine debt.

Last year, the firm caught a break on loan payments due to the pandemic, with a number of tenants closed and not paying rent. Among the property’s tenant roster are Special Events at Union Station, Walgreens and Thunder Grill.

The property’s value has taken a significant hit and was last appraised at $830 million in November, down from $1.24 billion when the loan was first made. That $830 million valuation was seen increasing to $980 million once the property becomes stabilized.

Trepp data revealed the $330 million CMBS loan is more than 90 days delinquent. The Real Deal reported the loan was transferred to special servicing at the outbreak of the pandemic, and the New York-based Ashkenazy reached a forbearance agreement with lenders in October, according to servicer commentary.

Payment of deferred debt obligations was scheduled to begin in March, but the borrower “failed to provide req[uired] funds,” leading the servicer to send a default notice and an acceleration notice later that month, servicer commentary from May noted.

Ashkenazy Acquisition has managed the space through a lease with the U.S. Department of Transportation since 2007.

The pandemic has been devastating to many of the retail and office tenants of Union Station who relied on the daily commuters for business.

According to public records, the entity Union Station Investco LLC has filed lawsuits against more than two dozen tenants, consisting of retailers and bus and trolley operators, looking to collect millions of dollars in money owed.

With additional reporting from Sarika Gangar.