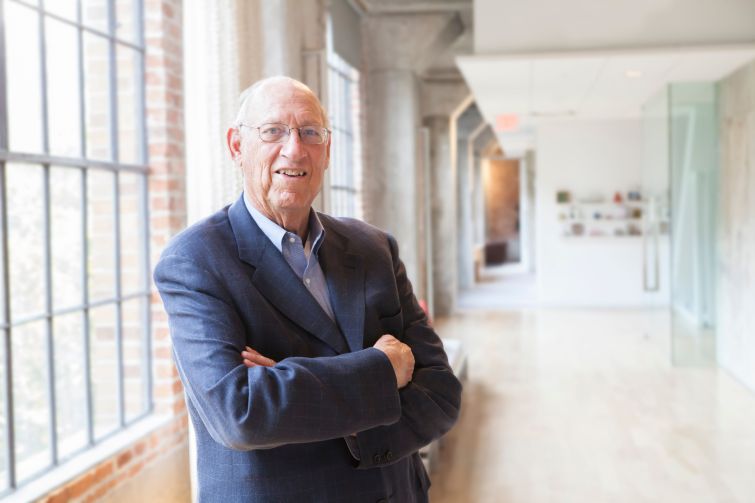 Art Gensler passed away in 2021 at the age of 85. Photo: Emily Hagopian

Art Gensler Jr. — co-founder of the world’s largest architecture firm that bears his name — passed away peacefully at his home in Mill Valley, Calif., on Monday. He was 85.

Gensler co-founded his firm in 1965 with his wife, Drucilla “Drue” Cortell Gensler, and James Follett, starting the business with a one-room office and $200 in the bank. Gensler grew the company into one of the largest in the industry. He stepped down as CEO in 2005 and chairman in 2010.

“Art’s passing is a great loss for our industry and for me personally. He was my mentor, coach, and great friend for 40 years,” Andy Cohen, co-CEO of Gensler, said in a statement. “He taught us all about pursuing personal passions, opening doors for our people to excel at what they love to do, and working together to redefine the profession.”

Born in Brooklyn in 1935, Gensler received a degree from Cornell University College of Architecture, Art and Planning — where he met his wife of almost 60 years. With her and Follett, Gensler founded M. Arthur Gensler Jr. & Associates with a focus on interior design, popularizing the practice among the architectural community.

He grew the firm nationally in the 1970s and 1980s, and internationally in the decades following, eventually shortening the name to just Gensler. The firm opened its first non-U.S. office in London in 1988, followed by outposts in Tokyo, Hong Kong, and later Shanghai. Today, Gensler has more than 5,000 employees and 50 locations around the world.

He was also actively involved in higher education, serving as a trustee of the Buck Institute for Research on Aging, the California College of the Arts and the San Francisco Museum of Modern Art. He and his family also gave $10 million to his alma mater.

Gensler is survived by his four sons: David, Robert, Douglas and Kenneth Gensler. His wife passed in 2017.