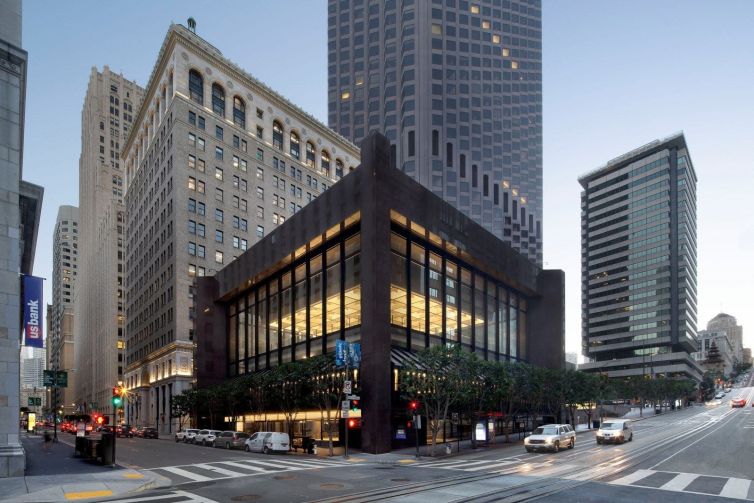 Regus had sent a termination notice in September 2019 for a lease at the 78,000-square-foot office building at 345 Montgomery Street in San Francisco. photo: courtesy CBRE

A Superior Court Judge in San Francisco County ruled in favor of Vornado Realty Trust in its lawsuit against coworking firm Regus for its attempt to nix a 15-year lease.

Regus had sent a termination notice in September 2019 for a lease at the 78,000-square-foot office building at 345 Montgomery Street in San Francisco after a little more than a year in the space. The firm claimed their planned signage for the property was being rejected by the city planning department, which opened the door to a lease termination based on the contract terms.

But Judge Harold Kahn ruled in favor of Vornado to reinstate the lease in “full force and effect,” according to his proposed judgement. He invoked the Yiddish word “chutzpah” when describing Regus’ plan to use the signage as a way out of the lease, and said the city did not reject, disapprove or deny any portion of the building permit application for the signage. He also said Regus didn’t warn Vornado that it might seek to terminate the lease.

The signage “permit application had not been formally and definitively disapproved by the city… Regus knew that the city had not disapproved the application,” Kahn wrote in the judgement.

The lease is reportedly worth $90 million over 15 years. Vornado was completing a $66 million renovation when Regus attempted to terminate the lease.

The parties have until May 7 to file objections. IWG, which owns Regus and Spaces, and Vornado did not return requests for comment.

Vornado acquired the four properties on the block at California and Montgomery streets, which includes the 1.5 million-square-foot 555 California Street building, for $58.2 million in 2006, property records show. The Trump Organization is a minority owner of 345 Montgomery Street, but was not part of the lawsuit.