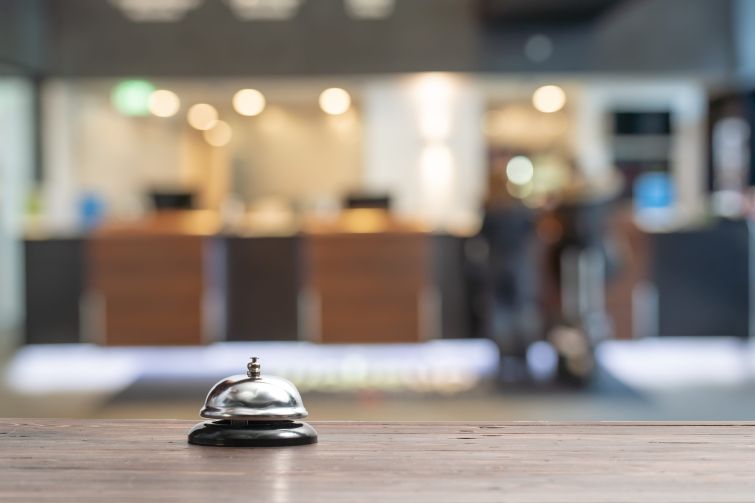 “The lodging commercial real estate segment, subject to unprecedented challenges and headwinds during the pandemic due to pullbacks in tourism and business travel, has been showing signs of an improving outlook as vaccination progress and economic reopening continues to ramp up,” wrote Maximillian Nelson, a research analyst at Trepp.

“According to CBRE, in December 2020, hotel occupancy was down 44 percent, and rooms revenue was down 56.3 percent year-to-date. The report noted that hotels saw an average 78 percent decline in gross operating profits (GOP), leading to the lowest GOP margin in the past 82 years.

“Trepp data indicates that more than 3,100 commercial mortgage-backed securities (CMBS) loans totaling over $89 billion are backed by hotel properties across the United States. The lodging sector is the third-largest property type by outstanding balance, representing 15.8 percent of the CMBS universe.

“In February, the lodging sector posted its largest monthly drop in the delinquency reading since October 2020, similar to the recent downward trend in the overall delinquency rate, dropping 272 basis points to 16.38 percent. The drop in the February rate was concentrated in the ‘other’ and full-service property subtypes, which saw declines of 7.05 percent and 1.69 percent, respectively. For March, the overall lodging rate fell by another 41 basis points to 15.95 percent.

“The extended-stay subtype, a lone bright spot, has continued to see lower delinquency rates — coming in at 7.31 percent in March. This was reflected in the market recently as Blackstone and Starwood Capital Group acquired Extended Stay America Inc. for $6 billion. The move reinforces the subtype’s stronger performance relative to other lodging segments, as those hotels are primed for longer stays, marking them as an economically resistant alternative to short-term options yet more flexible than leasing an apartment. The special servicing rate in the lodging sector has also dropped slightly in March, to 24.25 percent. The rate is still the highest among the commonly tracked commercial real estate-property subtypes, with the highest concentration being in the full-service, limited-service, and ‘other’ subtypes, with special servicing rates all reading over 20 percent.

“Though overall delinquencies for lodging have been trending down, special servicing rates for some of the largest metropolitan cities in the U.S. continue to remain elevated. Since October, the hotel special servicing rate for both Portland, Ore., and the Houston metropolitan areas has hovered above 70 percent, while the reading for New York increased 8.4 percent to 53.08 percent. The high delinquency and special servicing rates in Portland, Houston, and New York can largely be traced back to shutdown orders and lower levels of tourism. On a micro level, Houston has suffered from the lack of business travel — leaving empty normally busy convention centers and conference rooms. New York City and Portland on the other hand have suffered from the closing of the city’s main tourist activities and stricter economic closures, leading to generally low occupancy and reservations for their hotels.”