Speeding Up NYC’s Capital Construction Process Could Save $200M Per Year: Report 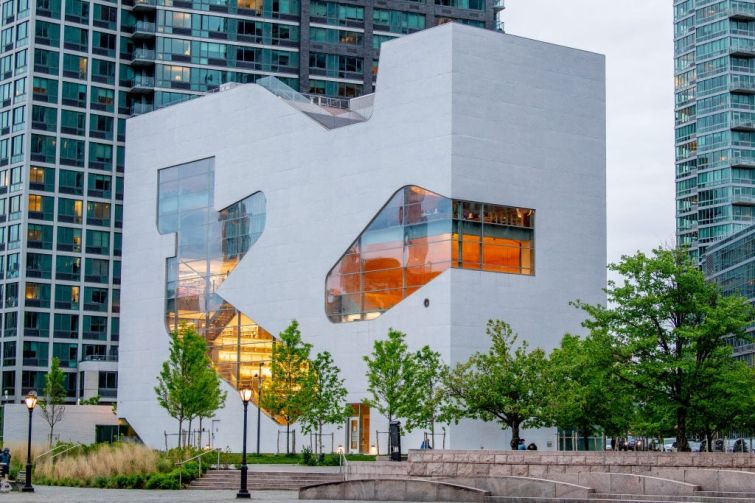 The new $41 million Steven Holl-designed library in the Hunters Point section of Long Island City is emblematic of the construction cost overruns and delays associated with the city's Department of Design and Construction. Photo: Roy Rochlin/Getty Images

New York City could save up to $200 million annually in public construction costs if it implemented a slate of reforms to speed up project approvals and construction, including eliminating the lowest bidder requirement for contractors, according to a new report from the Center for an Urban Future (CUF).

“The inefficiencies that plague the current process have driven up costs to levels that border on absurd,” CUF’s John Surico wrote in the report. “A ground-up library project can easily take more than seven years to complete and cost more than $1,500 per square foot to construct, roughly triple the cost and time required to build a Class A office building. A park bathroom facility currently under construction will cost the city nearly $4 million … These are cost inflations New York can no longer afford.”

The public policy think tank argued that speeding up the planning and construction processes, along with improving project management for public construction, could save the city $800 million over four years.

The delay-plagued Department of Design and Construction (DDC), which oversees the majority of public construction in the five boroughs, began implementing reforms in early 2019 that shaved roughly six months off the average eight-year planning and construction timeline. However, as Surico points out, “a capital process where the average project still takes 90 months remains badly broken.” He added that DDC hopes to shave off an additional 30 months “in the coming years” as it improves its planning and construction management efforts.

However, other agencies connected to city construction could do their share to speed things along, CUF argued. For example, the Office of Management and Budget (OMB) can delay a library project by four to six months each time that it requests a budget change. The city comptroller’s office also gets 30 days to review a contract, but the clock restarts every time it sends it back to an agency with questions.

The state requires that bids for public projects be awarded to the contractor that offers the lowest-cost estimate to complete a particular project. This rule “produces an underwhelming pool of contractors, leading to subpar performance and routine delays” of at least six to nine months, according to the CUF.

These delays can inflate the cost of a project by 20 percent, or at least $1 million for a typical public construction effort, the organization found. The low-bid requirement costs the city an estimated $100 million a year across 100 DDC-managed public buildings.

The city also takes three to six months to approve a single change order, inflating the price tag of a typical public construction project by $600,000 on average.

The nonprofit suggested reforming the state’s procurement law to eliminate the low-bid requirement, creating an interagency team dedicated to streamlining construction approvals, and creating a deputy mayor position to oversee the DDC, OMB and other agencies involved in capital construction.