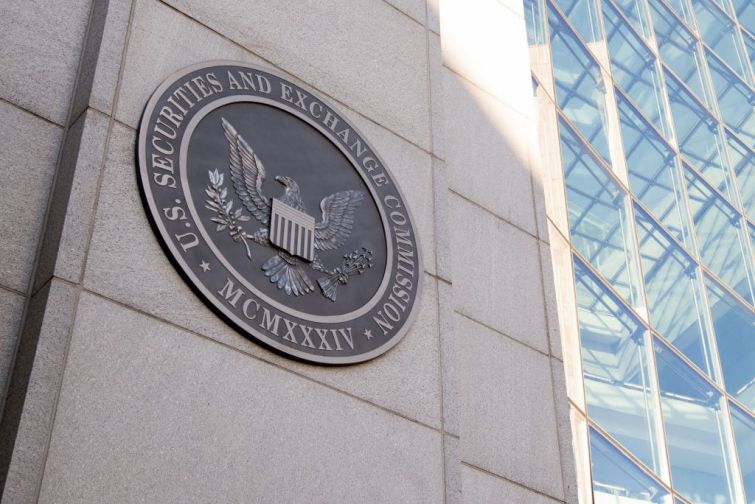 The U.S. Securities and Exchange Commission said it was reviewing filings from SPACs. Photo: SAUL LOEB/AFP via Getty Images

The U.S. Securities and Exchange Commission (SEC) said that it was reviewing filings from blank-check companies and warned that it may be wrong to suggest that the increasingly popular entities carry less scrutiny than an initial public offering (IPO).

The SEC’s acting director for the division of corporation finance, John Coates, released a long statement on Thursday about special purpose acquisition companies (SPAC) that said the regulator was “reviewing [SPAC] filings, seeking clearer disclosure, and providing guidance to registrants and the public.”

Coates also added that experts claiming SPACs offer less scrutiny than IPOs might have given the public bad legal advice.

“Some — but far from all — practitioners and commentators have claimed that an advantage of SPACs over traditional IPOs is lesser securities law liability exposure for targets and the public company itself,” Coates wrote. “I fear, though, that participants may not have thought through all the legal implications of these statements under the circumstances of these transactions.

“It is not clear that claims about the application of securities law liability provisions to de-SPACs provide targets or anyone else with a reason to prefer SPACs over traditional IPOs,” Coates added. “Any simple claim about reduced liability exposure for SPAC participants is overstated at best, and potentially seriously misleading at worst.”

Coates also suggested that Congress might need to tweak the law that experts cite as to why SPACs can avoid some safeguards, since the government “could not have predicted the wave of SPACs in which we find ourselves” when it originally drafted the legislation.

The statement came a day after Coates warned on a legal panel that there are “some significant and yet undiscovered issues” with SPACs, The Wall Street Journal reported. And Reuters reported last month that the SEC opened an inquiry into how underwriters are managing the risks of SPACs.

SPACs raise money through a traditional IPO, then merge with a company — usually a high-growth startup. The startup then becomes a publicly traded company. SPACs boomed in 2020 and continued to grow in 2021, with the 306 forming so far this year raising $98.9 billion, according to SPAC Research.

Last month, WeWork — which failed spectacularly in its previous attempt to go public — announced it would merge with the BowX Acquisition Corp. SPAC in a deal that would value the coworking giant at $9 billion. And it’s far from the only real estate company considering the SPAC route.

High-end gym chain Equinox has reportedly been in talks with as many as 12 SPACs to go public at a $9 billion valuation, while short-term rental startup Sonder could merge with one at a $2.5 billion valuation.