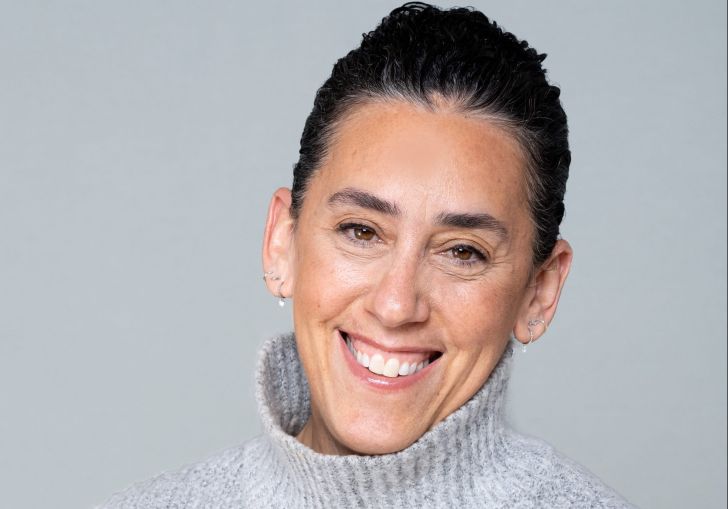 Gabrielle Rubin Deveaux started at Riskified in May 2020. Courtesy of Riskified.

One of the underlying stories of commercial real estate this whole generation, but especially the last 12 years or so since the Great Financial Crisis, has been how to accommodate the computer-technology providers who smooth out the space between user and merchant.

Still, there’s got to be someone who helps the e-commerce seller recognize as many legitimate transactions as possible. That’s where Riskified comes in. As it says on its website, the purpose of the company, which has a New York office at 220 Fifth Avenue, is to help businesses achieve their full e-commerce revenue potential by way of its artificial intelligence platform, which reduces friction and minimizes loss on the path to purchase. This service comes with a chargeback guarantee, too.

Gabrielle Rubin Deveaux is Riskified’s head of global real estate and facilities, so it’s her job to translate her company’s mission into space to do it in, and to make sure that whatever its people need is handy and nearby. Before coming to Riskified in May of last year, she performed a similar job at Buzzfeed, the well-known online gossip and news source.

Since companies like hers more or less didn’t exist before e-commerce did, it’s left landlords and brokers in somewhat of a quandary. How do you know how to supply them with space when you barely understand their business in the first place? Layer on the lingering worry about the pandemic and whether working remotely is here to stay, a passing fad, or something in the middle, and you have a cluster of concerns that could mortify the less-than-careful landlord.

Deveaux spent a little time in late April with Commercial Observer by phone to sort out some of this. Here is what she had to say, edited for clarity and length.

Gabrielle Rubin Deveaux: It’s a very interesting time for people who do what I do. We are currently taking an entire building in Tel Aviv, so, for me, it’s super-interesting. Number one, how do we approach this in the world we are currently living in? There’s a lot of runway in front of us. And two, how does someone understand this information? I am now responsible for this moving forward for the company.

Commercial Observer: I have a couple of questions about the Tel Aviv thing. But, anyway, to the extent you can, explain in a very general sense what Riskified is and what it does? My understanding is they kind of provide the plumbing for e-commerce.

It’s also pushing through the merchant declining the transaction. We say, ‘no, no, no, it’s legit.’ So, it’s finding them money, not just declining it.

How many people do you guys employ?

And it’s really conducive to the world where I came from working for Buzzfeed — like a unicorn, enterprise startup that’s taken off, then just can’t stay confined to those walls, constantly growing. It’s a great challenge that I love to be tackling. It’s a fun puzzle that I constantly try to resolve.

Tell me about the Tel Aviv thing. What was it like going into Tel Aviv, and why is Riskified there?

We are headquartered in Tel Aviv. New York is really not the headquarters, which people might assume.

Tel Aviv is our largest office. When I started, it was basically two different offices. And it was almost exactly what I had to deal with when I started at Buzzfeed: two different locations in New York, here and a spillover. It doesn’t matter to me whether it’s floors within the same building, or if it’s across the street or across town. You bifurcate your company, and it has an impact on the culture.

So, hence, you need one space for everybody to work under one roof in that location.

What a company is doing by putting up an office in Tel Aviv is saying it’s global. What does that mean, especially for the person who is responsible for setting up offices around the world?

Every company is different in terms of what the impetus is for its locations. It’s interesting in trying to assimilate what is the driver for real estate for a particular company. To my understanding, our culture is much more rooted in having more people in a specific location for collaboration than having a plethora of offices around the globe. Which is foreign to me.

I’ve usually peppered offices across the globe — a variety of locations for people to either work out of, of where the challenge is, or where the clients are. It’s very interesting to me that our company has this culture, where we’d rather have more people in one space for collaboration and an idea factory.

Starting in Tel Aviv, then moving to New York, and we now have [space] in [Shanghai] China, and we’re looking to expand some more.

We’re headquartered in Tel Aviv, but it doesn’t mean a lot of our business is local to Tel Aviv. It doesn’t mean we can only service companies that are right in front of us.

That’s a very interesting question. It’s not lost on me that I was able to land this position smack in the middle of it. It says a lot about the company, that they were growing during COVID, and they needed someone to oversee their real estate.

It’s surreal to say the least. For someone who is responsible for the day-to-day office, and for the real estate and somewhat of the culture, it’s very difficult, to say the least, when you don’t have the luxury of understanding the culture. Even though we opened our offices as soon as we were allowed to in New York, it still doesn’t give you a proper picture as to what the culture is. It’s hard to understand the user journey throughout the space.

And then, when you are talking about doing an entire building fit-out in Tel Aviv, you rely on other people to provide you with the cultural component of an office. For example, I had asked our CEO to give me three words to describe our culture because I needed to put that into a tangible space, and I’ve asked that question to other executives I’ve worked with on fit-outs in the past and the answer really helped a lot. And he said to me, “I’m not going to give you three words. I will tell you that I want it to feel like a friend’s well-designed home.”

And that was incredibly helpful. As it turned out, we were competing with the home office.

I had a person say to me, “When I got into this business, I didn’t realize I would be competing with people’s couches.”

Right. Back in the day, I could have enticed you with, “Bring your dog to work. We have food. We have couches.” You have all those things at home. So, now, what is going to make you want to come into the office? It’s those casual collisions, right? Because, sometimes, those are the best meetings that happen, when I see you in the hallway.

Some people with kids want, maybe, for it to be quiet. Other people may just want to see other people. Others may just not have the room to do a proper set-up. The thing that remains the same, when we’re thinking about putting work online, is to provide myriad spaces. Because, sometimes, I do head-down work; there are some times I’m doing team calls; sometimes I’m doing in-person calls; sometimes I want to collaborate with my team … and you want to provide — and I think most offices do, whatever your industry is — a variety of spaces in which to work. Every day requires something different.

Do you have a policy about working from home, and can the work you guys do be done from home?

COVID was a very interesting sort of experiment. We all found out that we were able to work from home for quite some time now, that we’re creatures of habit. We have our phones, we have Zoom, so we’ve been able to do this. Some people, they work better. Some like to collaborate with people. So, we will adapt to whatever hybrid model, and I’m sure other companies will do the same.

Even when COVID is in our rearview mirror, years from now, we’ll always have this sort of flexible, sort of fluid mentality around the workspace. When I need to do head-down work, I like to do it from my home office. But other days, I like to be in the office.

Do you think your company is going to need significantly less office space when this is all over?

Much of the fluidity will remain. As far as the footprint, I know a lot of companies — and this is my personal opinion — might be overzealous about giving up space.

I think there’s something to be said about reallocating the space that people currently have. Maybe we won’t sit at desks shoulder to shoulder as much. I think the best way to approach it is to have a floor plan that has a majority of workspaces. But with mine, there would be a variety of spaces, like an area where you’d have a stand-up whiteboard or a focus area. For some companies, this is what their workspace already looks like.

To what extent do you guys use flex offices, or coworking?

Yes, we do use coworking in a new market. You don’t want to be tethered to a leash if you don’t know how large that team is going to be and how successful you are going to be in that market. To me, it’s much more of a numbers game.

What I don’t want to do is take a space for 25, and all of a sudden we’re at 50 and we’re bifurcated. Coworking allows you to be flexible. I think that’s a smart way to approach a new location.

I know of a bunch of companies who, when the pandemic hit, went out and got a bunch of coworking spaces so people could work closer to their home. We’re much more rooted to having people all together, because that is what made us successful. So, wouldn’t we want to continue that model? To each his own.

We’re not asking anyone to come back to the office if they don’t feel comfortable. But, we have more and more people coming back every day to the office. Maybe they are riding their bicycles because of the better weather. Whatever the driver is, that is not something we are going to dictate. We are ready when you want to come.

When I started at Buzzfeed, it was very similar to when I arrived at Riskified. As soon as I started, I was pretty much tasked with bringing on a full building within a year.

So Buzzfeed created content. That was partnering up with the IT team, which was much more knowledgeable about what sort of bandwidth they needed, so it didn’t just go dark and cut out. My job was to make sure that the physical office space that I was responsible for fitting out was conducive and fungible enough to flex with the ever-changing landscape of Buzzfeed’s rapidly growing needs.

Buzzfeed was throughout the globe. When I was there, I put most of those locations on the map. They had Australia, they had a couple of places in Europe, they had Mumbai, and in the States, Toronto.