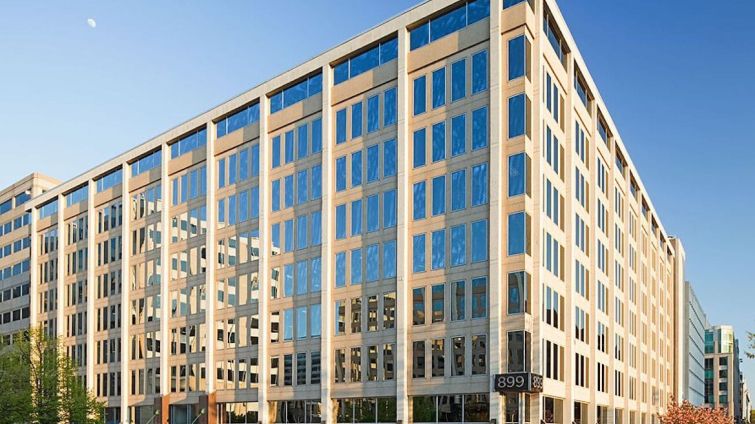 The Washington, D.C., metro office market saw record highs in vacancy during Q1 2021, with CBRE reporting that there was 1.4 million square feet of occupancy loss and a whopping 70-basis-point rise in vacancy over the last quarter.

Q1 data follows the downward trend that started last March when the COVID-19 pandemic began. In total, over the past 12 months, the D.C. region has seen 3.1 million square feet of office space left unrented as more of the workforce transitioned to working from home.

One of the big reasons D.C. saw its largest single-quarter occupancy loss was the relocation of U.S. Citizenship and Immigration Services from 620,000 square feet in the District to 5900 Capital Gateway Drive in Camp Springs, Md.

Combined with the closure of many coworking spaces, space givebacks by small tenants and 300,000 square feet of new construction delivered in Q1 that is still vacant, D.C. was down 17.4 percent overall.

Still, the CBRE report noted there are signs that things are moving in a better direction when it comes to leasing demand. For one, fewer tenants are looking to sublease their spaces, and some have even taken their sublease space off the market. Additionally, there’s been an uptick on tenants looking for new space.

“The top segment of the downtown market — trophy and Class A+ — and well-located, quality suburban product will likely lead the recovery curve,” Wei Xie, director of research for CBRE’s mid-Atlantic division, told Commercial Observer. “These buildings were already outperforming the rest of the market, prior to the pandemic, and are positioned to capture the most demand going forward.”

Things are already starting to turn for the better, according to results seen in the past six weeks.

“Office touring volume saw a marked uptick in February and an additional impressive bump in March — all a direct result of the continued vaccine distribution, decline in new COVID cases, and the pent-up demand which has been building over the past 12 months,” Xie said. “This is expected to translate into an increase in leasing activity over the next three months and throughout the remainder of the year.”

In Q2, leasing activity is projected to pick up as offices, businesses and schools continue to reopen due to vaccine distribution and the continued decline in new COVID-19 cases.