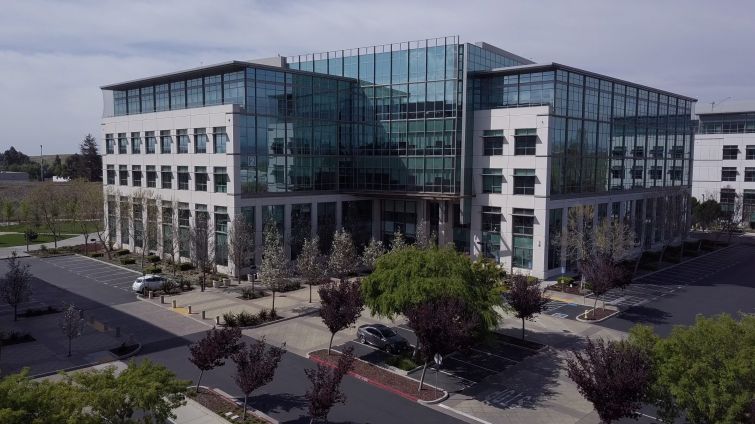 Software company NetApp has signed a deal for a new 301,019-square-foot headquarters in San Jose, Calif.’s Santana Row, after selling its nearby Sunnyvale HQ for $365 million to Tishman Speyer.

The firm, which focuses on global, cloud-led, data-centric software, will be fully occupying Federal Realty Investment Trust’s 3060 Olsen Drive, alternatively known as 700 Santana Row, according to information from Savills, which brokered the deal. It plans to move into the space later this year.

The newly constructed, eight-story building holds a full-service cafe, an 8,500-square-foot rooftop terrace and garden, and a penthouse executive wing. The building is nestled into the mixed-use Santana Row, which houses 2 million square feet of retail, residential and hotel offerings, and is across the street from the popular Westfield Valley Fair shopping mall.

The firm also simultaneously announced the sale of its 702,193-square-foot Sunnyvale campus in the Moffett Park submarket, with Tishman Speyer adding the four-building, Class A office campus to its growing portfolio of Silicon Valley-area properties. NetApp has executed a short leaseback of the space until it moves into its new headquarters. Tishman then plans to re-lease the space to one or more tenants following capital improvements.

“Silicon Valley is at the epicenter of the innovation economy, and demand for high-quality office space, specifically around Moffett Park, is very strong,” Rob Speyer, president and CEO of Tishman, said in prepared remarks. “Tishman Speyer is focused on markets where the best tech entrepreneurs are collaborating with leading academic institutions. Going forward, we plan to continue actively investing in the Bay Area along with markets in Boston, San Diego, Austin and more.”

NetApp said its relocation was accelerated by the pandemic, with the new headquarters optimized for its future hybrid work model and employee needs.

“NetApp is evolving to a flexible hybrid-work model that allows us to deliver on our strategy to help more organizations put their data to work, while further building a winning employee experience,” George Kurian, CEO of NetApp, said in prepared remarks. “Our constructive approach to the future of work and our new global headquarters will enable us to create a differentiated work experience that empowers our employees to deliver their best team-based work in a more connected space.”

“With NetApp’s continued business transformation and its future of work strategy, it was clear we needed to find a new space that could accommodate the company’s needs today and beyond,” Joe Brady said in prepared remarks. “Having worked with NetApp for several years, we were able to zero in on the space and location option that would work best for them as they move forward with a more modern, hybrid work mode.”