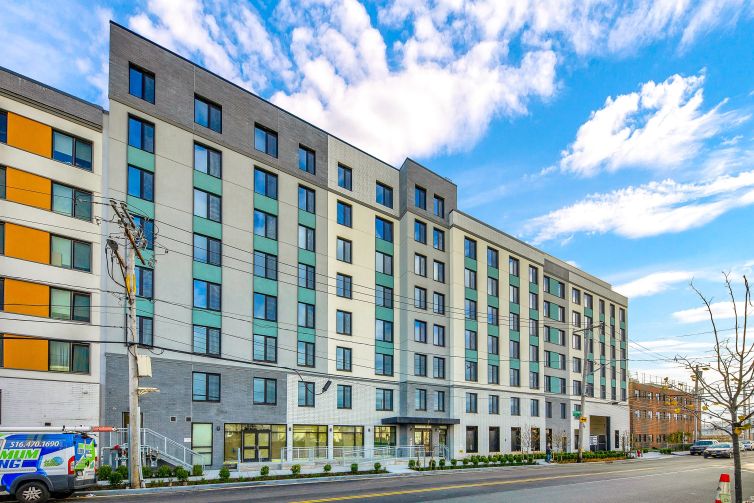 Located at 45-19 Rockaway Beach Boulevard in the Edgemere section of Far Rockaway, the eight-story, 100 percent affordable housing property features 127 rental units and around 2,600 square feet of ground floor retail. It is situated adjacent to the Beach 44 Street A Train subway station and two blocks from the Rockaway Beach Boardwalk.

“This building combines first class apartments with environmentally-conscious development standards, helping to preserve affordability in New York City while also contributing to a more resilient coastline,” Sara Levenson, senior director at L+M, said in a statement. “Beach Green Dunes II is a wonderful addition to the Edgemere community and a model of the type of innovative, green housing that can be built in our city.”

Officials for Red Stone did not immediately respond to a request for comment.