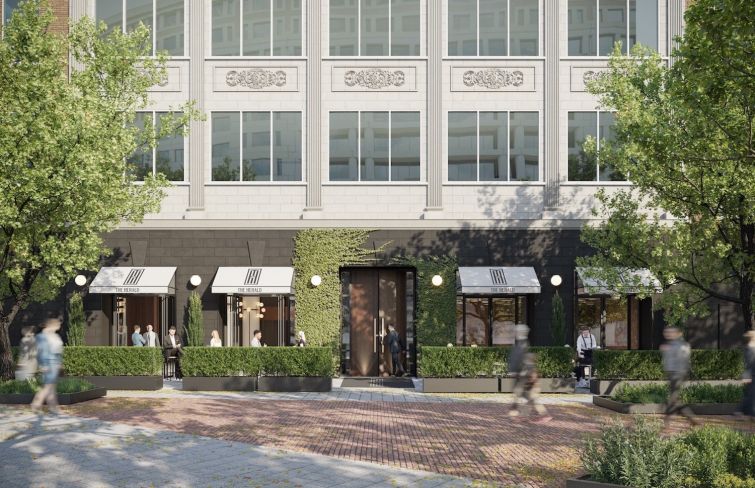 Investment powerhouse Invesco has acquired a 70 percent stake in The Herald, a 134,000-square-foot office building in Washington, D.C., and is teaming up with co-owner Marx Realty on a $75 million transformation of the iconic property.

Located at 1307 New York Avenue, the building has a storied history. Built in 1923, the property was once home to the printing presses of the Washington Herald Examiner and was the workplace of historic figures, such as William Randolph Hearst, Cissy Patterson and Jacqueline Kennedy Onassis (then Bouvier).

“One of the reasons Invesco invested in this is that it’s almost a new asset class that doesn’t exist in the market, and there’s a real demand,” Craig Deitelzweig, Marx Realty’s president and CEO, told Commercial Observer. He declined to provide the acquisition price behind the deal.

Marx Realty originally acquired The Herald last April in a $41 million deal from a group of education associations, cleared the building of its existing tenants and began renovations. The firm plans to increase rents to the $60 to $70 per square foot range.

“We will have the renovations complete the first weekend of June, and we hope to have our first lease signed before then,” Deitelzweig said. “Our pre-built floor, which is our seventh floor, will deliver the first week of May.”

Renovations will include the addition of a European-style cafe with French-style seating outdoors. Inside, there’s a rotunda and a fireplace, and the building will be the only office property in D.C. with wooden floors.

“It’s a full top-to-bottom renovation and we’re being respectful to the building’s heritage as a printing press as well as the home of Jackie Kennedy,” Deitelzweig said. “We’re changing the landscaping, there will be two giant wood oversized doors with a doorman outside and our signature scent and music playing.”

All of the furniture was designed based on a different outfit that Kennedy wore, he added.

“It’s really unlike any building anywhere, given the building’s heritage and our hospitality-inspired finishes,” Deitelzweig said. “As a result, we have nine proposals out already and even have interest for the entire building.”