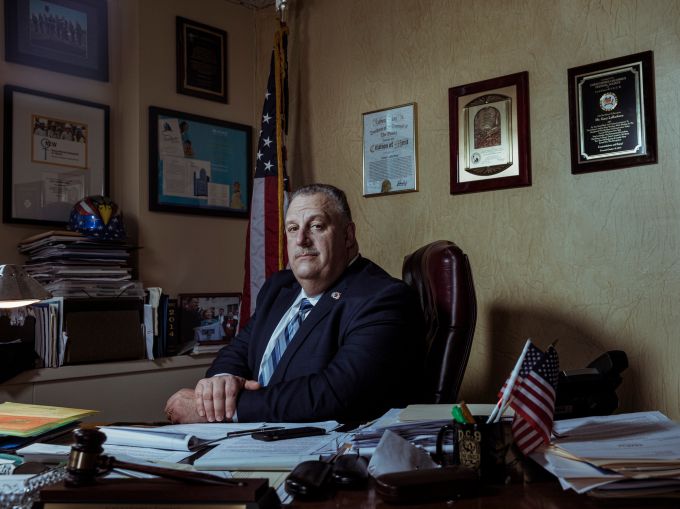 Gary LaBarbera has taken over as head of the New York State Building & Construction Trades Council, which represents more than 200,000 unionized construction workers, while still serving as the president of New York City’s chapter, as he has since 2009. LaBarbera was elected president in early January, after being appointed trustee in October 2020 following a bribery scandal.

The leadership change comes after former president James Cahill, along with nine other construction union officials, were indicted on charges of fraud, racketeering and bribery in October 2020, The Real Deal reported. Cahill was accused of having ties to members of organized crime, but the Building & Construction Trades Council was not named as a defendant in the indictment.

The union has since done a full forensic audit and, finding no malfeasance, adopted financial procedure manuals and other process protections to ensure high ethics and accountability, LaBarbera said in an interview with Commercial Observer.

“I believe, as I stated prior, that the allegations are disappointing, but I believe in due process,” LaBarbera told CO. “There were no allegations in the indictment about anything to do with the New York State Building & Construction Trades Council.”

LaBarbera also has extensive experience with leading unions through crises. He was elected president of the City Central Labor Council in 2007 after its leader faced racketeering charges. When the Teamsters Local 282 was infiltrated by the mob in the 1990s, LaBarbera was credited with turning the union around as a court-approved trustee and then as president, TRD reported.

LaBarbera taking control of both roles is part of a long tradition in leadership for the union. Two other union leaders, the late Peter Brannan and Edward Malloy, held both city and state positions from 1957 to 1992 and 1992 to 2008, respectively.

Now at the statewide helm of the council, LaBarbera plans to push for union priorities in Albany like stopping wage theft by subcontractors. He has previously pushed for the prevailing wage to apply to renewable energy projects over five megawatts or more, which passed in the New York state budget. He also helped ensure that union representatives can organize permanent workers on those renewable projects for prospective unions without interference from employers.

LaBarbera has turned his focus to a bill making its way through the New York Senate, which would hold general contractors liable for their subcontractors if those subcontractors commit wage theft in certain circumstances.

“Unfortunately, this is a reality in the construction industry and, in particular, in the nonunion [sector]. That’s where we see most of these egregious acts of wage theft,” LaBarbera said. “Nonunion workers … have no recourse through a union. They try to collect back wages from their subcontractors and, in most cases, they are unable to. What this bill does is basically say to the general contractor or the construction manager that is hiring them [that] if [the subcontractor] engages in wage theft, you can be held responsible.”

LaBarbera said that if passed, this bill would be a victory for all construction workers, not just unionized workers. He expects support from Gov. Andrew Cuomo if the legislation, which has already passed in the Assembly, makes it through the Senate.

On the allegations of sexual harassment and other misconduct made against Cuomo, LaBarbera responded that the women should be heard, and that he believes “firmly that the governor is entitled to due process.”