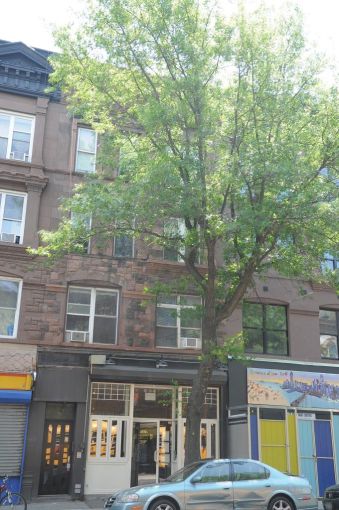 The duo behind some of New York’s hottest Indian restaurants are bringing their original concept to Park Slope, Brooklyn, Commercial Observer has learned.

Unapologetic Foods, the restaurant group behind Indian eateries Rahi, Adda and Dhamaka, will open a third branch of The MasalaWala, the predecessor to the group’s more recent concepts. The group signed a 10-year lease for 2,500-square-foot at 365 Fifth Avenue, with an additional 700 square feet of outdoor space, tenant brokers at Kassin Sabbagh Realty said.

Unapologetic Foods plans to open the new location in September 2021. It replaces Du Jour Bakery, which closed in October, according to its Instagram.

Owners Roni Mazumdar and Chintan Pandyal, who is also the chef, offer a different take on Indian cuisine at each of their restaurants. Rahi, in Greenwich Village, serves dishes from the Indian countryside, while Adda in Long Island City, Queens, is best known for its tandoor grill and homestyle curries. Dhamaka, which opened in Essex Market in February with a focus on village food, was described as “game-changing” by Eater NY and “outrageously good” by Gothamist.

The original MasalaWala was opened in 2011 by Mazumdar at 179 Essex Street on the Lower East Side, with Asim Debnath serving as chef. Mazumdar, whose father manages the Lower East Side location, hails from Kolkata in the West Bengal province of India, and the menu reflects that influence, per Eater NY.

Matthew Fogel and Albert Halawani of KSR represented Unapologetic Foods in the transaction, while George Danut and Ryan Condren of JLL handled it for the landlord, Greenbrook Partners. Asking rent was $14,000 a month, according to KSR. JLL did not immediately respond to request for comment.