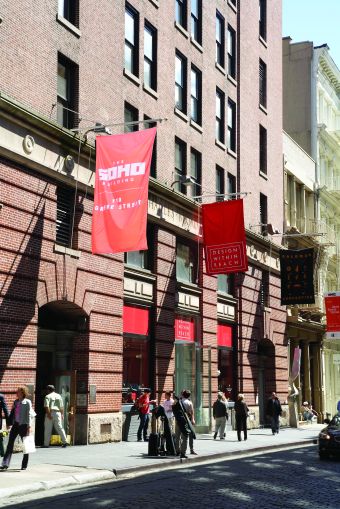 Vashi entered into a 15-year retail lease to occupy 11,777 square feet at the Class A office building, located between Prince and Spring streets, and owned by Manhattan’s largest office landlord.

SL Green announced an agreement to acquire a 90 percent interest in the SoHo Building in July 2015, based on a gross asset valuation of $255 million. It hired Newmark to sell the Greene Street property last summer for between $250 and $300 million, Commercial Observer reported.

“We’re excited to welcome Vashi, an innovative experiential luxury retailer, to New York City and into the SL Green portfolio,” said Brett Herschenfeld, managing director of retail at SL Green, in a press release. “Our recent retail leases are a positive marker that business owners are increasingly bullish on New York City’s reopening and the surge of returning residents, office workers and tourists spearheading our revival.”

New York City is not alone in a slow reopening. Vashi’s stores reopened in the United Kingdom only on April 12 after closing in January due to the coronavirus pandemic, according to a company announcement. That’s just weeks before SL Green announced Vashi’s lease for the jeweler’s first-ever U.S. location at 110 Greene Street.

Joseph Hudson of CBRE represented Vashi in the transaction, while SL Green was represented in-house. Hudson declined to comment.