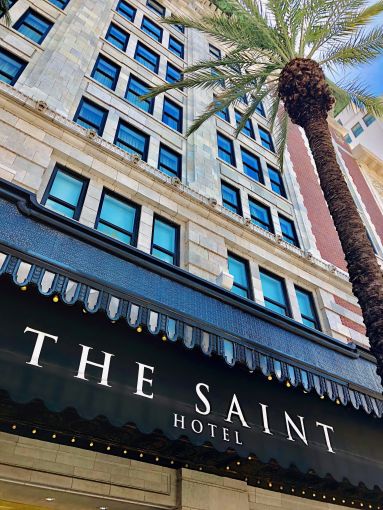 Benefit Street Partners has provided $27.5 million in debt to Dreamscape Companies for its acquisition of The Saint Hotel in New Orleans’ French Quarter, Commercial Observer has learned.

The financing facilitated Dreamscape’s purchase of the 171-key boutique hotel from Dallas-based hotelier Mark Wyant, who created The Saint Hotel brand, which also has outposts in Key West, Fla., and Charleston, S.C.

Dreamscape has tapped Aimbridge Hospitality to operate and manage the hotel, which operates under the flag of Marriott International’s Autograph Collection.

Newmark’s Dustin Stolly and Jordan Roeschlaub, co-heads of the firm’s New York-based debt and structured finance group, led a team that sourced and arranged the financing on behalf of Dreamscape; the pair worked alongside Senior Managing Director Nick Scribani and Associate Dan Morin in the transaction. Stolly and Roeschlaub declined to comment on the deal.

The hotel’s location within the landmarked French Quarter in New Orleans, the city’s key leisure tourism hub, positions it to benefit from any uptick in demand that might come from the ongoing recovery from the pandemic, with the surge in vaccinations. The French Quarter’s landmarked status has made it a very high-barrier-to-entry submarket for trades and new construction, as new supply typically comes from conversions, according to information from Newmark.

The Saint Hotel, at 931 Canal Street, is surrounded by a bevy of other hotels, as well as ample entertainment and food and beverage offerings, and also park space and multiple medical campuses — such as Tulane Medical Center, University Medical Center New Orleans LCMC Health and the New Orleans VA Medical Center — in the center of the city’s most bustling area.

As of last spring, just after the onset of COVID-19, New Orleans & Company — formerly known as the New Orleans Convention and Visitors Bureau — reported that the city was losing more than $200 million per week in visitor spending that would’ve otherwise happened had the pandemic not stymied leisure travel.

Now that the outlook for a recovery in the tourism sector has become brighter, New Orleans seems poised to pick back up on the backdrop of the record-breaking figures it posted in 2019, when it welcomed 19.75 million visitors — a 6.7 percent increase from 2018, according to a report last year from Virginia-based market research firm D.K. Shifflet & Associates; these visitors also spent approximately $10.05 billion, which was up a remarkable 10.3 percent from the prior year.

About $2.23 billion of that more than $10 billion spent in 2019 was dedicated to lodging spending, as per the D.K. report, which also indicated that 2019 marked 13 consecutive years that visitation figures and corresponding visitor spending grew in New Orleans.