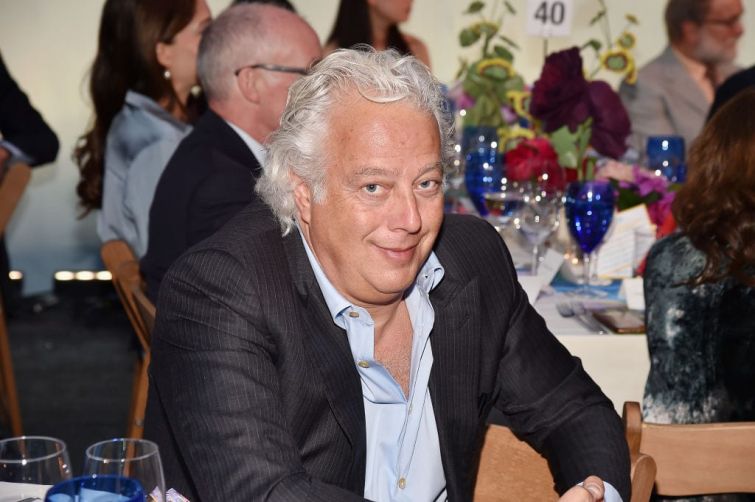 Solil filed the suit on Friday in Manhattan Supreme Court, claiming that RFR defaulted on its ground lease for the hotel at 2 Lexington Avenue and let the property “fall into a state of utter disrepair,” according to the complaint first reported by The Real Deal.

A spokesperson for RFR and Solil’s lawyer did not immediately respond to requests for comment.

The suit comes months after Artnet reported that RFR faced eviction at the spot once it stopped paying rent for its $5.3 million ground lease to Solil in November and December.

The 190-room Gramercy Park Hotel was built in 1924, and RFR signed a 72-year ground lease to take control of the hotel in 2006, court records show.

Solil — which represents the estate of Sol Goldman — accused Rosen of using the hotel for “personal benefits” since taking over. Rosen allegedly let his mother stay in a three-bedroom suite for years for free, while Rosen treated his guests to comped meals at Danny Meyer’s Maialino restaurant in the hotel, according to court documents.

During the coronavirus pandemic — which tanked the hospitality industry — Rosen kept the Gramercy Park Hotel closed to guests and allowed RFR staff to stay there for free so they wouldn’t have to commute far to RFR’s office, the suit claims.

And, in 2019, Rosen started to renegotiate with Solil for the ground lease, saying the city’s hotel market rendered it “worthless.” Since then, Rosen removed furniture and his art collection from the hotel, and stopped paying rent and real estate taxes, according to the suit.

“This scheme was devised to force [Solil] into what [RFR] have assured [Solil] will be a protracted litigation,” the suit said. “Thereby putting economic pressure on Landlord to force it to accede to Rosen and RFR’s proposals to either enter into a joint venture between the Landlord and RFR to convert the Gramercy Park Hotel to condominiums, sell the Gramercy Park Hotel to RFR, or completely abandon the lease and replace it with a drastically different agreement.”

Solil claims it terminated RFR’s lease for the property on March 17, but RFR failed to leave. It also accused RFR of refusing to “allow Landlord to show the premises to prospective tenants.”

The suit, which seeks to end RFR’s relationship with the hotel and eject it from the property, isn’t the only legal battle Rosen is fighting over a Manhattan property.

In October, RFR filed a suit against partner Vanke over their project at 100 East 53rd Street, accusing Vanke of a “conflict of interest” after an affiliate bought a controlling interest in the property’s debt.

Vanke shot back with a countersuit the next month to remove RFR as the partnership’s management member, claiming that RFR engaged “in a pattern of behavior designed to harm the company with a goal of obtaining a buy-out of its own interest at an exorbitant rate,” as Commercial Observer previously reported. Vanke filed another lawsuit earlier this month accusing RFR of missing nearly $700,000 in capital calls at the property.