US Retail Sales Up 6.3 Percent Annually in February, But Down From January 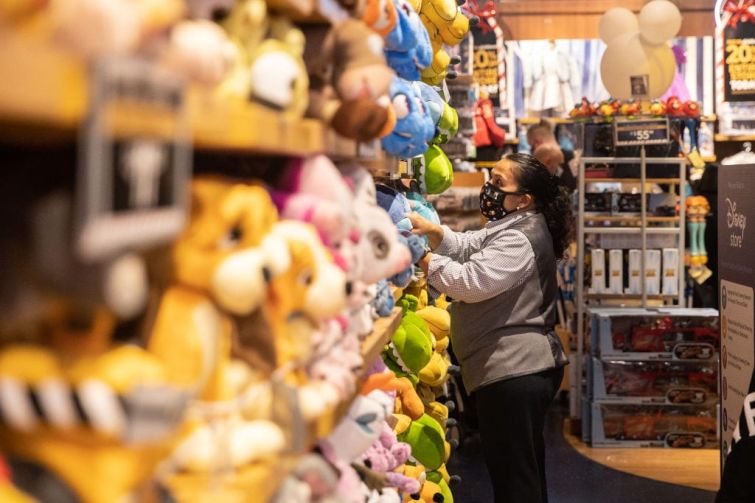 Retail sales in the United States were up 6.3 percent annually in February, but they fell a worse than expected 3 percent from January. Photo: Jeenah Moon/Getty Images

Retail sales around the United States fell by 3 percent last month — far worse than economists expected — but could rebound as a third batch of federal stimulus checks makes its way to people.

Total retail sales reached $561.7 billion in February, a 3 percent drop from the adjusted $579.1 billion posted in January, according to data released by the U.S. Census Bureau on Tuesday. The numbers are much lower than the .5 percent economists previously predicted the total would fall last month, mainly due to bad weather that kept shoppers away from stores.

However, February’s numbers were still up by 6.3 percent compared to the previous year, and the adjusted figures showed January’s gains were much better than previously estimated.

Early numbers had January’s retail sales at a 5.3 percent increase compared to December, but the revised figures showed the jump was actually 7.6 percent, according to the Census Bureau.

Department stores faced the biggest drop from January to February with an 8.4 percent decrease, followed by the “sporting goods, hobby, musical instrument and book stores” category, which had a 7.5 percent drop.

The only sector to post a gain last month was grocery stores, with a modest .1 percent increase from January to February, according to the figures. The greater food and beverage stores category had no jumps or drops between January and February.

While February was a down month for retail sales, the future looks a bit brighter after President Joseph Biden signed a $1.9 trillion coronavirus relief package last week that includes giving out $1,400 stimulus checks per person below certain income thresholds.