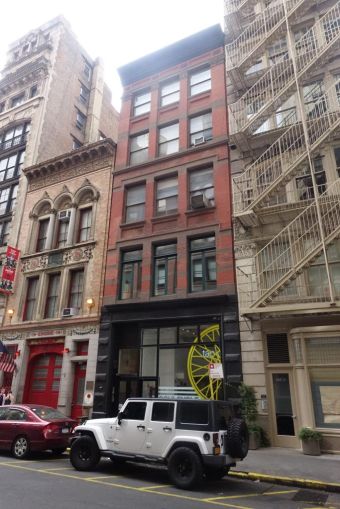 The pandemic may have led to an increase in cycling, and it appears to be both the outdoor and indoor versions.

The gym, which opened this month, signed a five-year lease for 3,440 square feet at 12 East 18th Street. The lease includes roughly 2,000 square feet on the ground floor and 1,400 square feet in the basement. Asking rent was $140 per square foot.

David Green of KSR represented both the tenant and the landlord, The Moinian Group, in the deal.

Pedal House NYC is from the same people behind indoor cycling gym Punch Pedal House in Dumbo, Brooklyn, which is temporarily closed but the owners hope to reopen eventually, per Green.

SoulCycle permanently closed several locations across the United States over the past year, including the Culver City location in Los Angeles and its Beacon Hill location in Boston. Most of its locations in New York remain temporarily closed, including a nearby Flatiron District studio at 8 West 19th Street. The company recently began offering outdoor classes at Hudson Yards and Tribeca.

Meanwhile, SoulCycle parent Equinox is in talks to go public via a special purpose acquisition company (SPAC) at a $9 billion valuation. In February, Equinox reached a deal to extend the deadline on $265 million in debt owed by SoulCycle, Bloomberg reported.