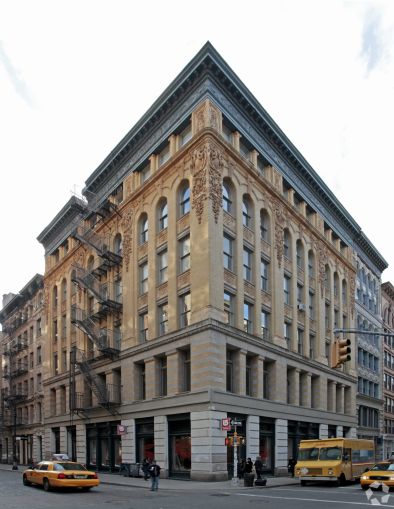 The high-profile piece of retail property at 106 Spring Street in Manhattan’s SoHo neighborhood has been sold to Dallas-based private equity firm Paceline Equity Partners through a Uniform Commercial Code (UCC) auction that was triggered late last year, according to information released today by Paceline.

The retail co-operative space was sold via UCC on March 2. The price at which it was sold is unclear, and a representative for Paceline was not able to provide more information prior to publication.

The nearly 6,000-square-foot property was previously held by SL Green Realty Corp., who had purchased it for about $79.5 million in 2019 from private equity giant The Carlyle Group and real estate firm 60 Guilders at a 25 percent discount from the $105.4 million price tag the latter group fetched it for in the spring 2016.

Citizens Bank foreclosed on SL Green’s interest in the property — as well as in another co-op retail property at 133 Green Street — last October, triggering a UCC auction that was originally scheduled for December 2020, according to a previous report from The Real Deal. Eastdil Secured was in charge of marketing SL Green’s interest in the asset, which didn’t have a good leasing history leading up to the foreclosure, despite it being one of the more expensive retail properties to trade in the area when it was purchased by Carlyle and 60 Guilders about five years ago.

The previous valuation of the property was helped, in part, by its location at the corner of Spring and Mercer Streets in SoHo, which happens to be a very heavily trafficked area, although COVID-19, obviously, put a damper on foot traffic as well as on every corner of the retail sector, especially that of the luxury arena.

“New York City will once again be one of the world’s premiere shopping destinations, despite the challenges facing the city brought on by the coronavirus pandemic,” Paceline CEO Sam Loughlin said in a statement, which was optimistic about New York’s economic recovery.

“106 Spring is a unique asset, poised to benefit from the broader economic recovery in New York City and an improving retail environment in the SoHo neighborhood specifically,” Loughlin added. “[We have a] patient view of the recovery timeline for the SoHo retail property market that will enable us to take a pragmatic approach to re-leasing and focus on identifying a high-quality, long-term tenant for the space.”

The new owners will have what seems like an uphill battle ahead of them, not only economically but also in dealing with the property’s co-op board, called Workspace Inc., which had previously gotten tied up in a number of legal disputes with Carlyle and 60 Guilders, who had claimed that the board was essentially an impediment to their business plan for 106 Spring Street and an adjacent retail box at 93 Mercer Street. Both retail spaces had been owned by Workspace.