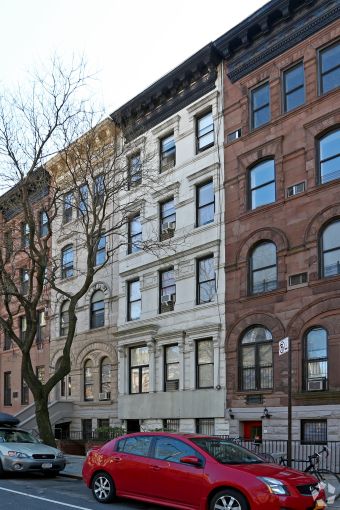 A bankruptcy sale that ended in the borrower being forcibly removed from an Upper West Side multifamily property last week shows that New York state’s moratorium on evictions during COVID-19 isn’t without some exceptions.

Kim Mortimer, the previous owner of the nine-unit, 5,870-square-foot property at 60 West 91st Street, defaulted on her loan on the property and allowed the building to fall into disrepair, court documents show. Mortimer, who was living in the property at the time, refused to vacate the premises in order to open the path for a bankruptcy sale.

After an entangled legal battle that lasted roughly a year, a court-appointed Chapter 11 trustee — acting to maximize the value of the estate and protect its creditors — managed to secure a court order to remove Mortimer from the property. The turnover order granted is a bankruptcy mechanism whereby the court orders a debtor to hand over a property for resolution.

While the case may not necessarily set a precedent for future cases, it could prove helpful in showing that a judge allowed the removal of the owner — and tenant at the time — during the pandemic, sources said.

Mortimer borrowed roughly $1.7 million from lender Scott Grodsky of 2386 Hempstead Inc. in 2016, before defaulting on the debt. In the end, Mortimer owed the lender $3.4 million with the accrual of default interest, late fees and penalties on the loan, per court documents and source accounts. Grodsky started foreclosure proceedings in 2019.

On Feb. 4, 2020, Mortimer filed a voluntary petition for relief under Chapter 11 of the Bankruptcy Code in the Bankruptcy Court for the Southern District of New York. Two months later, the court appointed Heidi Sorvino, a leading lawyer at White and Williams, who specializes in the practice of financial restructuring and bankruptcy, as Chapter 11 trustee over the estate, along with counsel James Vandermark, also of White and Williams.

On Aug. 26, 2020, the court found that Mortimer had “interfered with the Chapter 11 trustee’s administration of the estate; threatened, harassed, and intimidated certain tenants; and was in contempt of several orders [entered by the court].”

Under the Chapter 11 reorganization plan, Sorvino moved to conduct a bankruptcy sale of the property, deeming it the best way to quickly pay back Mortimer’s creditors and maximize the value of the estate.

The sale process was led by Greg Corbin, president of bankruptcy and restructuring at Rosewood Realty Group, and Richard Maltz, CEO of Maltz Auctions. Corbin declined to comment Tuesday and Maltz couldn’t be reached.

The property held more sale value if it was delivered vacant rather than occupied, given its state of disrepair and potential for gut renovation, sources said, and bidders were eyeing a conversion of the nine-unit building into a single-family townhouse. In pushing for the debtor to vacate, the trustee’s position to the judge was that a vacant building would maximize value for both the estate and the lender.

So, Sorvino and Vandermark moved to remove Mortimer via a turnover order to vacate rather than an eviction. Mortimer then filed two actions to block the turnover order in housing court, claiming that the move was illegal given the state’s moratorium on evictions.

Sorvino and Vandermark removed the housing court actions and the case was kicked back to district court, where the judge, again, ruled to remove Mortimer. Mortimer, again, refused to leave the property, at which point the judge had U.S. Marshals forcibly remove her from the building on Feb. 5.

While the lender’s outstanding claim was $3.4 million, Grodsky only received $2.1 million from the bankruptcy sale to Croton Gate LLC, taking a hit of around $1.3 million, sources said.

However, “the trustee and counsel were able to conduct a successful reorganization and a sale under the plan that didn’t end in dismissal or conversion,” one source noted.

Mortimer and Grodsky could not be reached for comment by press time.

“This was the principal of the owner of the property, who couldn’t demonstrate that she had a right to be in the building, other than as the owner,” Deborah Riegel, a member within Rosenberg & Estis’ litigation department, who is not involved in the case, said.

“I think it helps that this was the trustee asking for the turnover order for the benefit of the estate, as opposed to an owner asking for a turnover order [for a tenant], for the benefit of the owner as a single creditor,” Riegel continued. “There may be circumstances where owners could try to use this case, but I don’t know that it’s going to have a huge, broad application.

“Number one, it included specific and concerning sets of facts, and, two, because of the posture in it being the trustee who was making the application. It is, however, helpful that the judge let this go forward during COVID, notwithstanding the questions in my mind as to how much any of these moratoria apply to non-tenants, to squatters, or to licensees. I certainly think as the law is drafted, it shouldn’t apply to squatters. And there’s an argument that this woman was a squatter.”

Riegel said that typically, bankruptcy judges want eviction orders to be decided in state courts. “Turnover orders do happen, but they’re the exception, not the rule,” Riegel said. “And, the thing that made this also unusual, is the trustee convinced the judge to direct the U.S. Marshal to enforce it.”

Generally speaking, “I think judges, like all of us, are ready to get back to normal, or whatever the new normal is,” Riegel said. “And I think as soon as the law permits them to, they will go back to what they do. They want to adjudicate cases, they want to decide their cases, and that’s not to say that we may not see some more exercises of discretion, and maybe giving tenants some more time to get back on their feet than we would have pre-COVID. But I think the judges want normalcy back, too.”