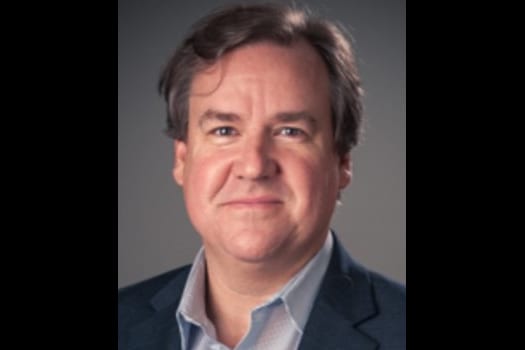 Les Menkes spent nearly 25 years at Morgan Stanley, working in a variety of different administrative or executive wealth management roles in the Asia Pacific region before departing in 2011 to start private equity firm Asia Capital with his two partners.

It wasn’t long before the trio added “RE” at the end of the company’s name (ACRE) and began raising capital from foreign and domestic sources — starting with family offices and high-net-worth investors — to deploy into workforce housing in high-growth secondary markets primarily in the Southeast U.S.

That was a decade ago. Now, workforce housing in burgeoning secondary markets has become a darling of the commercial real estate sector following the economic realities of COVID-19.

Ten years later, ACRE has developed into a diversified global multifamily investor, developer that emerged from COVID-19 unscathed and ready for a busy 2021.

In January, ACRE announced that it had secured a $320 million equity commitment from Almanac Realty Investors, a subsidiary of Neuberger Berman, that will be utilized across a series of debt and equity fund vehicles.

The company, which has offices in New York, Atlanta and Singapore, has executed on around $300 million in credit transactions in its current debt fund, and it’s closing on another $100 million in the next couple of months, according to Menkes, who said that “when fully deployed, that fund would be about $1.2 billion of loans.” Earlier this month, the company deployed $34 million in bridge debt to refinance a new 28-story, residential, mixed-use high-rise in Downtown Durham, N.C.

ACRE’s flagships are its equity and credit funds and the discretionary capital it raises, Menkes said, but you’ll find the firm tackling projects at home and abroad, engaging in joint venture development partnerships with other institutional shops — domestic and international — as well as even experimenting in the proptech space, like it did leading up to the pandemic, when it began utilizing flexible rent and accounting technology from proptech firm, Till.

Menkes spoke to Commercial Observer last week to discuss inbound  investment into workforce housing from Asia Pacific investors, as well as lending and investing in that sector stateside and abroad.

Commercial Observer: Why did you start ACRE 10 years ago?

Les Menkes: I had left Morgan Stanley and was living in Singapore. I had spent 24 years with Morgan Stanley, and had been in and around real estate for a lot of that time, raising money for real estate funds and real estate transactions. When I left Morgan, I started Asia Capital, which involved working on private equity-like transactions, and then, we eventually added the “RE” and called it ACRE. I always had an interest in real estate, and my partner Michael [Van Der Poel] had a focus on workforce housing in the U.S. from an investment thesis perspective.

That was 10 years ago, so the market was very different, and pricing was much wider and cheaper, and there was a particular opportunity in workforce housing, because it wasn’t really covered institutionally. So, we set up ACRE with an institutional process, platform, approach and governance — real care — and we’ve now built the business. We specialize in workforce housing, but we’ve now branched out, and we do development and lending.

How difficult was it to raise capital for workforce housing at that point in time?

When we started to get into this, I came over to the U.S. and spent a lot of time diligencing with my partners, and it was very clear that a lot of the multifamily world at that time was really done on a deal-by-deal basis. Even the biggest guys were finding individual deals and raising money around those deals. I had no interest in that. I only wanted to build an institutional-grade investment management firm that acted like a fiduciary and operated like one. That made it twice as hard, because we then had to raise precommitted capital and not on a deal-by-deal basis.

Luckily, I had a good reputation and I had worked with a lot of large families for many years in Asia and had done great work for them, so when I went to them to ask them to back us on this, they were supportive.

We had set out to raise $40 million to $50 million for our first fund and we wound up raising $80 million, and then we never looked back. And that’s how we’ve structured the business going forward.

Your first fund’s investment thesis would stick today as being astute — 10 years after the fact.

At that time, even the phrase “workforce housing,” nobody was using it. Today, it’s such a common catchphrase within the multifamily world.

How large is the business now, in terms of assets under management, owned units and your loan portfolio?

Do you speak any Asian languages?

I speak a tiny bit of Mandarin, but it’s fading away with every year I live here. Thankfully, my daughter and my son — my daughter was born in Hong Kong and my son was born in Singapore — their Mandarin is excellent. My wife is American — my kids look like they’re from New Jersey — but they spoke it growing up, so I’m very proud of them.

Inbound capital to the U.S. was way down last year, but money out of Singapore and South Korea ballooned by close to 50 percent year over year. Did that have a positive impact on your business last year, or will it this year, in terms of new business ventures?

We weren’t a direct beneficiary [last year], because we really weren’t raising any equity capital, but that said, we will be raising our fourth private equity fund in the near future, and it will definitely have an impact.

This is not unusual to see. I spent more than 25 years of my life in Asia, working in emerging markets, and when there is instability, turmoil or times of crisis in financial markets, it’s not unusual to see that flight to quality and money come into developed markets — much deeper, more liquid markets. And, also, it’s dollar-based, so there’s generally a flight to dollar-based assets when there’s uncertainty in the world, so I’m not surprised to see that kind of capital rotation.

How have you seen foreign investment sentiment toward your brand of multifamily shift over the years?

We’ve been in dialogue and working with foreign investors on the opportunities in multifamily and non-gateway markets since we were founded. Whether it’s Korean, Singaporean or Chinese investors, we’ve been educating these investors on the merits and the depth and liquidity of markets like Atlanta, Dallas, Tampa or Orlando, where there’s job growth and population growth and strong fundamental trends.

Over time, there has been more openness and receptiveness to it. And with COVID-19, I think the unfortunate and unforeseen impact on hospitality and retail will exacerbate and accelerate that diversification into these markets and into multifamily.

Most categories of investors out of Asia Pacific are very well-versed now in multifamily. It’s not a sector of real estate in every country — in Japan it is, or Germany — but there are a lot of countries where there is no institutionally-owned commercial real estate sector that involves residential housing.

Secondly, I’d say, from a cash-flow and liquidity perspective, it’s on everybody’s radar. But I don’t think it’s unreasonable that it’s taken time for those investors to get more comfortable with secondary markets. It would be no different from an American institution wanting to invest in Korean or Chinese real estate, I‘m sure they’d start in Seoul or Beijing or Shanghai.

I’ve toured foreign institutional investors through Atlanta or Tampa, and they are very interested in the opportunity in these markets. They do their research and they care about liquidity, about sustainability and the ability to exit.

ACRE has a number of fund vehicles launching this year on both the credit and equity sides. Can you provide some detail around what types of investments those vehicles will be targeting?

We have plans to launch our fourth private equity fund — probably in May. That would be a combination of value-add and development, focusing on those high-growth markets in the Southeast and Midwest. We’re excited about that and finalizing plans for it. Almanac will anchor that fund.

On the credit side, we’ll have our second credit fund launch, probably at the end of the year or at the beginning of 2022. It’ll be a bridge lending, first mortgage-type, multifamily-only fund.

Which of your funds were the most active in 2020, and which do you expect will get the most action this year?

We were most active on the credit side in 2020. If you rewind the clock, the real shutdown happened in early March, and we were active all through the early stages in March, April and May. March and April were very volatile for commercial real estate debt markets, and for the CLO and CMBS markets. We were consistently busy throughout that time quoting loans and providing structured finance solutions in that time. We finished deployment on our third private equity fund [last year], making our final capital commitments, but credit outweighed everything else. We only lend to multifamily, so we were more focused on business building, not business preservation.

Does ACRE dabble in any rescue capital situations?

In our credit fund, we have an allocation to opportunistic credit. We did a loan where a development project was meaningful over budget and behind schedule and the construction lender cut off funding, so we replaced the construction lender and required the borrower to put more equity in and, in a way, “rescued” that project. Rescue finance is generally considered high risk, but we don’t consider that transaction high risk at all.

Were there any situations similar to that in 2020, where you stepped in and took the reins on a project?

No. We were looking for them, but the lenders kept modifying. I can count on my hands and toes how many foreclosures and real distressed sales we’ve seen — or lender-seized or lender-foreclosed assets. They’re out there — I’m not suggesting there aren’t opportunities, but it hasn’t been this rainstorm of distressed situations. Lenders have not been that ruthless.

We didn’t foreclose on anything ourselves, or take over any distressed situations.