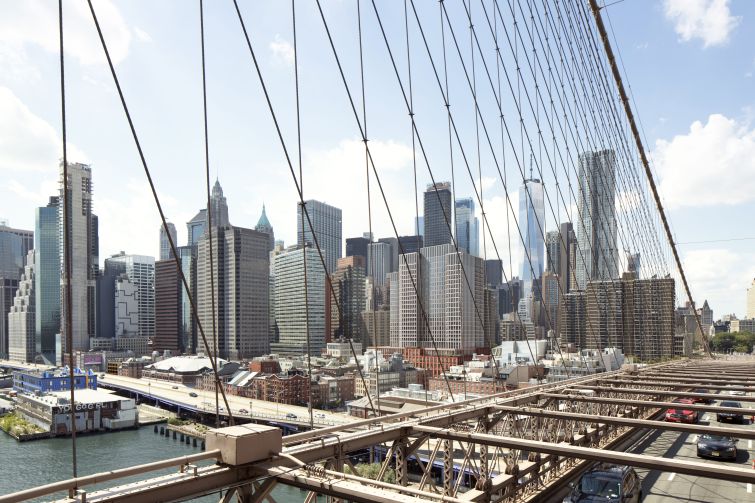 Howard Hughes Corporation (HHC) has downsized its proposed tower in the South Street Seaport, after its previous plans were rejected in January.

HHC filed new plans with the Landmarks Preservation Commission on Monday for a residential tower at 250 Water Street, a parking lot at the border of the Seaport District, reducing its previous proposal by 27 percent, the New York Post first reported.

The developer has been working towards approval for the site since purchasing it for $180 million in 2018. The rejected plans had proposed two 470-foot towers, designed by Skidmore, Owings & Merrill (SOM), with 360 apartments.

The new proposal would see the building’s footprint shrink from 757,000 square feet to 550,000 square feet, and the height reduced to 345 feet. It would also see the total number of units decline to 270, and affordable units drop from 100 to 70.

HHC controls much of the historic district through a long-term lease with the city and has overseen a variety of developments in the area over the last decade, including the replacement of a failing mall at Pier 17 with a creative office and entertainment venue, the restoration of the historic Tin Building, and the influx of high-end retail and restaurant tenants.

The developer had proposed a variety of neighborhood improvements in exchange for the approvals it needed for its tower, including the redevelopment of the city-owned Fulton Fish Market, the construction of an annex to the South Street Seaport Museum, and a commitment to keep the moribund organization financially afloat.

Over the course of the design process, SOM proposed three, possible mixed-use structures at the Water Street site, with the tallest reaching 900 feet, but had settled on the two-tower plan instead.

But Seaport residents were concerned that the height of the property would overshadow the low-lying, cobblestoned district. At a January hearing, SOM argued that since the lot is at the edge of the district, it should reflect the height of the Financial District towers that surround it, but the Landmarks commissioners did not accept the argument, the Tribeca Citizen reported.

The developer plans to present the new plans to LPC in April, an HHC spokesperson said, and if approved, it will move on to the Uniform Land Use Review Procedure in May. If it’s not approved, HHC will pursue an even smaller version, which will include a mix of market-rate housing and commercial space, but would no longer incorporate affordable housing or funding for the Museum, per the spokesperson.