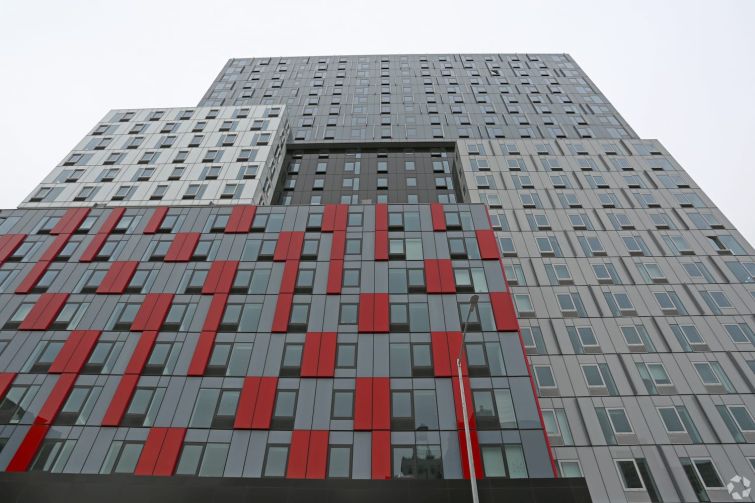 In the larger of the two deals, Wonderforest Nature Preschool signed a 10-year lease for 3,629 square feet at the base of the residential building 38 Sixth Avenue in the 22-acre mixed-use development, according to Greenland Forest City Partners.

The Wonderforest Preschool was founded by Sarah Carlson and plans to open its first location in time for the fall 2021 semester, according to its website.

A spokesperson for the landlord declined to provide the asking rent, but a Real Estate Board of New York report found that the average retail asking rent in Prospect Heights was $120 per square foot in the winter of 2020.

Home furnishings store Cain Sloan also signed a 10-year deal, this one for 1,873 square feet on the ground floor of the 535 Carlton Avenue residential building, according to the landlord. The store was founded last year by Katherine Wells, who named it after an old department store chain that her great-grandfather founded. It will sell handmade ceramics, textiles and refinished furniture. It plans to open in the second half of this year.

“Wonderforest Nature Preschool and Cain Sloan are indicative of the kind of locally owned, New York-based small businesses we are looking to support at Pacific Park,” Scott Solish, executive vice president of development at Greenland Forest City Partners, said in a statement. “As New York begins its recovery from the pandemic, we will continue to accelerate development at Pacific Park to ensure we are providing a range of shops, arts and culture, and small businesses for residents to enjoy.”

RIPCO’s Rosen, Pennington and Hedrington handled the Cain Sloan deal for both sides.

“Wonderforest is the ideal addition to the green spaces of the Pacific Park community environment,” Pennington said in a statement. “Katherine Wells, the owner of Cain Sloan, has been a member of Brooklyn Clay for years and wanted to bring the wonderful objects she and her fellow artists create to the market. Her boutique will also carry creations from other Brooklyn artisans to become a true neighborhood destination.”

The massive Pacific Park development — previously dubbed Atlantic Yards — calls for 17 buildings to be built with a total of 6,420 apartments. TF Cornerstone and the Brodsky Organization previously bought three sites in the project.

So far, four residential properties — including 463 Dean Street, the tallest modular building in the world — and the Barclays Center have been built on the site.