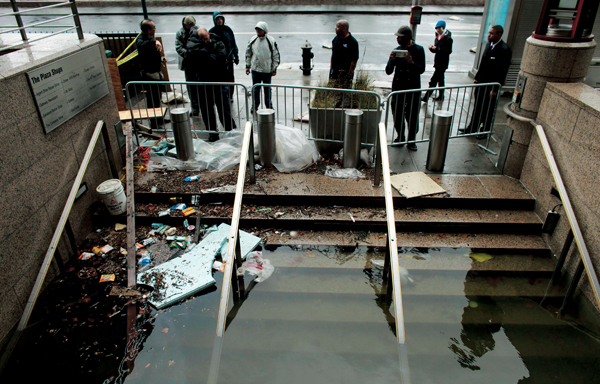 Called the Zoning for Coastal Flood Resiliency (ZCFR), the new rules would affect homes and buildings in areas designated as floodplains to ensure that they can withstand storms and other disasters, as well as recover from them quicker. The code, designed to make the emergency rules enacted after Hurricane Sandy permanent, would affect 800,000 New Yorkers, per the commission.

“ZCFR is a game-changer for the residents and businesses who call New York City’s floodplain their home,” CPC Chair Marisa Lago said in remarks after the vote.

The plan now moves to the City Council for final approval.

“These zoning changes will help make New York City’s coastal neighborhoods safer, stronger and better prepared for extreme weather,” said Jainey Bavishi, director of the mayor’s resiliency team. “As climate change continues to worsen, it has never been more important to unlock new opportunities for New Yorkers who want to invest in the resiliency of their homes and neighborhoods.”

The proposed plan would allow existing homeowners and property owners to add resiliency measures, such as moving equipment to higher ground or elevating their structures. The new rules would allow more flexible zoning on new construction, introduce recovery measures that would be triggered by emergencies, expand the area eligible for the new zoning regulations, and restrict the number of new nursing homes built in flood zones.

In specific areas, further measures have been introduced that include limiting future density, the height of buildings, and the construction of attached homes.

The zoning rules came about in response to Hurricane Sandy, which hit the city in 2012 and destroyed homes, wiped out coastal neighborhoods, and left 43 dead. The city said the storm cost about $19 billion in damages to homes and businesses.