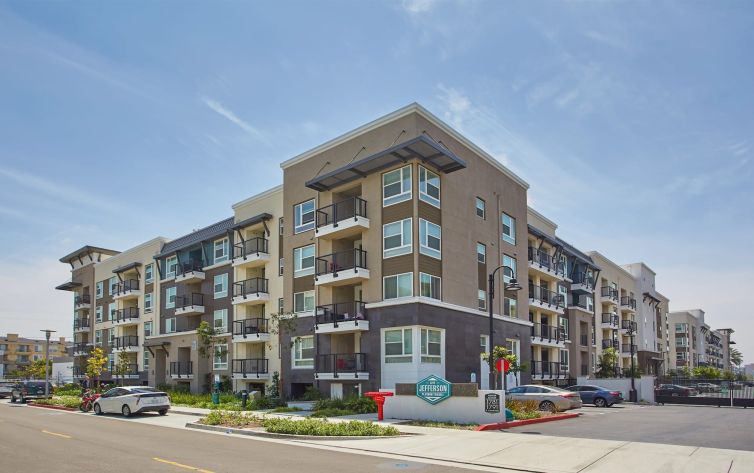 Multifamily trades have started to pick back up in Southern California, with an emphasis on increasing the affordable housing stock.

JPI has sold the Jefferson Platinum Triangle community in Anaheim for $160 million. Investment and development firm Waterford Property Company announced it acquired the property in a partnership with the California Statewide Communities Development Authority (CSCDA), and plans to convert it into workforce housing with lower rents.

The 400-unit community is located at 1781 South Campton Avenue in the Platinum Triangle District of Anaheim. JPI completed the community in 2018 — thanks in part to a $136 million loan from Square Mile Capital Management — and outfitted it with two pools, fitness centers, a yoga studio and more.

The acquisition is part of a workforce housing finance program created last year by CSCDA, in which the development authority can acquire multifamily projects using tax-exempt bond financing to provide housing for middle-income residents. The new owners will lower rents for residents making between 80 percent and 120 percent of the area median income.

Waterford Property Company said it will help address the ongoing housing and affordability issues facing California, which have been deeply exacerbated by the pandemic and corresponding spike in unemployment. The Urban Institute released a study last month showing at least 20 percent of renters in California are currently behind on rent. With an estimated 17 million multifamily households in the state, that could mean roughly 3.4 million Californians owe back rent payments.