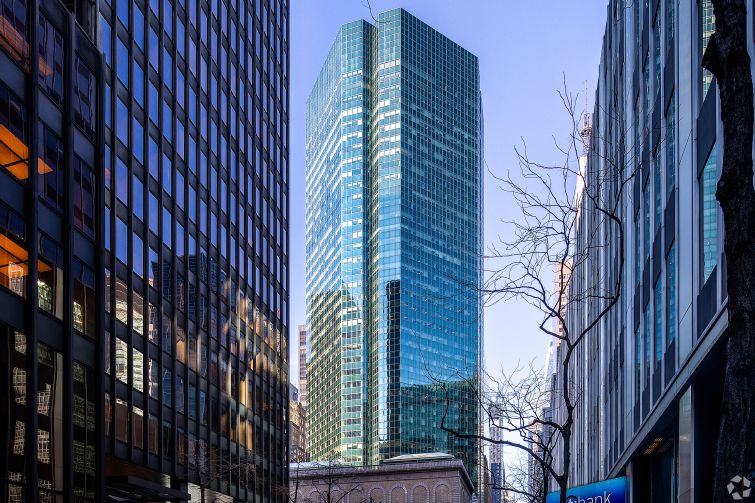 Jennison signed a 15-year lease for space on the entire 24th to 27th floors of the building at 55 East 52nd Street between Madison and Park avenues, according to Fisher Brothers. A spokesperson for Fisher Brothers declined to provide the asking rent.

The firm, which has more than $224 billion in assets under management, currently has a 166,000-square-foot headquarters at 237 Park Avenue and will take over the Park Avenue Plaza space in 2023, according to Fisher Brothers. Jennison, which also has an outpost in Boston, plans to build out the space for its needs and move workers there in late 2024 or early 2025.

“We understand this year has changed many of the patterns of our daily lives but Fisher Brothers’ commitment to our tenant experience, outreach and well-being hasn’t changed,” Ken Fisher, a partner at Fisher Brothers, said in a statement. “Securing deals like Jennison and others throughout the past year is a testament to our unwavering dedication to our tenants and to the revitalization of New York City.”