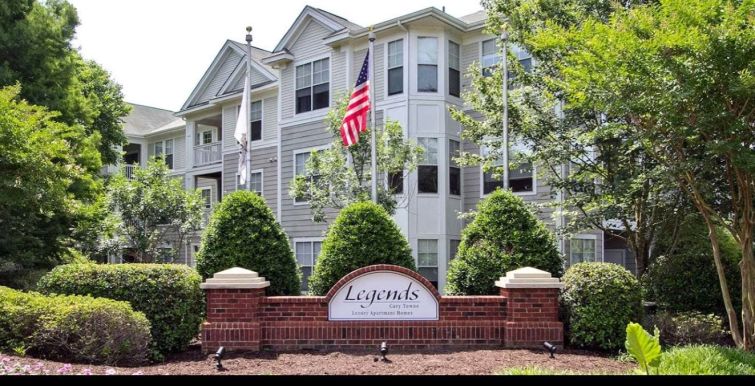 The U.S. Department of Housing and Urban Development (HUD) Section 223(f) refinance is backed by Legends Cary Towne, a 15-building residential community at 442 Jefferson Town Road, between Raleigh and the suburban town of Cary. It was recently announced that major video game developer and publisher Epic Games bought a local mall and plans to turn it into its new global headquarters by 2024.

The 21-acre gated property comprises 15 three-story apartment buildings, as well as a clubhouse and seven parking garages. And its 354 units include one-, two- and three-bedroom residences, which carry monthly rents that currently range from around $1,100 to nearly $2,200, according to listing information from Apartments.com.

The location sports a normal array of amenities that you’d expect to see at a suburban, garden-style development, such as a business center, a fitness center — with complimentary weekly yoga classes — a pool and spa, a poolside cabana, gas-grilling areas, a basketball court and lighted tennis courts, according to the property’s website.

Since 2015, Rock Companies, a firm based out of Bloomfield, Mich., has made improvements to the property’s interiors and exteriors; approximately 90 percent of units have been renovated in that time, according to information from Dwight Capital.

Rock Companies is a multifaceted, commercial real estate developer, manager and investor that was founded in 1991 by former Cleveland Cavaliers vice chairman Jeff Cohen, who still serves as Rock’s CEO. Cohen was an executive within the front office of the National Basketball Association’s Cavaliers in 2016, the year the franchise won its first NBA championship; he was relieved of his duties as chairman by owner Dan Gilbert, the co-founder of Quicken Loans, in February 2017.

Legends Cary Towne is situated just minutes from North Carolina State University and is approximate to the Raleigh-Durham International Airport and Downtown Raleigh, as well as to the massive Research Triangle Park.

It is also just a couple of minutes east of Cary Towne Center, the shuttered mall that Epic Games bought last month for $95 million, with plans to redevelop the 87-acre site into its new global headquarters. The gaming company, which is based in Cary, picked up the property from New York-based Turnbridge Equities and Dallas-based Denali Properties, a duo that had previously gotten entitlements from the town as part of their own push to reposition the mall into a 4 million-square-foot, mixed-use development called Carolina Yards almost two years after they bought it for $31 million in the first quarter of 2019. Turnbridge and Denali sold off the site after announcing last October their plans to break ground on their development at the beginning of this year.