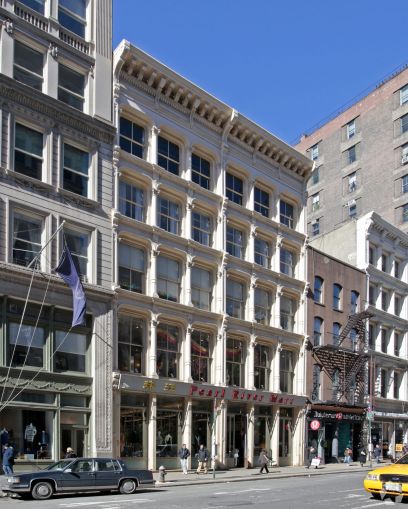 Pearl River Mart, the famed Asian American department store, will move its flagship location back to SoHo, after it was forced to close its Tribeca outpost, brokers on the deal confirmed.

The store signed a seven-year lease for nearly 7,000 square feet at 452 Broadway, taking over the space formerly occupied by clothing store Roozee Australia, according to Lee & Associates NYC, which brokered the deal for Pearl River Mart. Asking rent was $150 per square foot for the space, and it plans to move to the new spot in the late spring.

Pearl River Mart was founded in 1971, and bounced around various locations throughout its history. It previously called 477 Broadway in SoHo home for more than a decade, but was forced to move in 2016 after a 500 percent rent increase, as Commercial Observer previously reported.

It reopened a year later with its flagship at 395 Broadway in Tribeca, and smaller locations at the Chelsea Market and the Museum of Chinese in America, according to Bowery Boogie.

However, Pearl River Mart was forced to hunt for a new spot for its flagship again after the coronavirus pandemic impacted the business and a dispute with its Tribeca landlord.

“Our negotiations with the landlord have stalled and he has made clear his desire to use the courts to recoup every dollar he can, not just from our business, but from our personal assets,” the owners of Pearl River Mart wrote in a blog post in December.

Pearl River Mart originally tried to find space in Tribeca, but was convinced by its broker to return to SoHo.

“Pearl River was one of the first unique retailers that helped make SoHo a great shopping neighborhood and a destination for tourists,” Lee NYC’s Paul Popkin said in a statement. “We all feel that bringing one of the original pioneers back to SoHo is the beginning of a new era for SoHo and Pearl River.”

“On behalf of ownership, I’m glad we were able to reach a deal with Pearl River Mart and their representatives to return to SoHo,” Kim said in a statement. “Everyone loves a good comeback story and I look forward to seeing them thrive at this location for many years to come.”