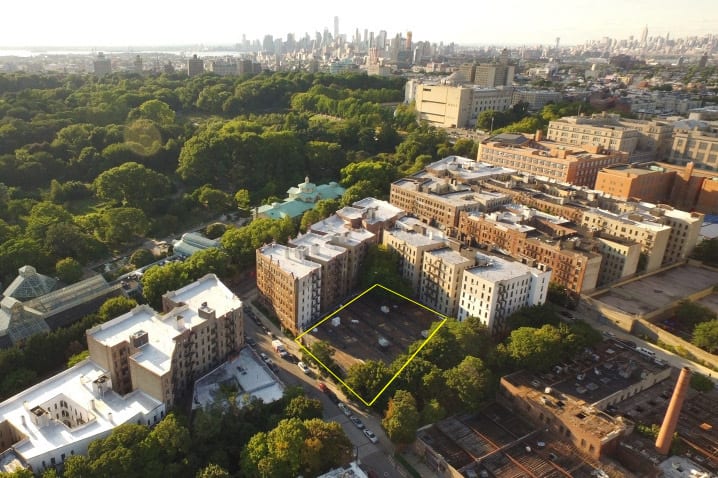 Oaktree Capital Management has provided just under $63.7 million in condominium inventory financing to a partnership between LIVWRK and CIM Group on a 12-story, residential condo development in Crown Heights, Brooklyn, according to sources and records filed with the New York City Department of Finance.

The condo inventory financing, which allows the joint venture borrowers to retire previous construction debt and hold existing, available residences for sale down the line, was made on the duo’s asset at 111 Montgomery Street. Previous debt from Bank OZK that was used to build it was taken out in this deal, records show.

“This financing demonstrates that attractive condo inventory capital remains available for high-quality projects and sponsorship in New York City and we expect that to continue,” Niedermayer said in a statement.

Designed by Fischer + Makooi Architects, the development features 163 condo residences, which span more than 121,500 square feet, as well as 112 storage spaces and an underground parking garage with 69 spots. Amenities offered at the location include a landscaped rooftop terrace, a lounge, a children’s play area, a fitness center and a community garden for residents, according to the property’s website. Construction at the property wrapped last year.

JLL’s Mariutti said that the asset is a “dynamic project located in the heart of a burgeoning neighborhood in Brooklyn.”

While this financing will allow the borrowers to hit the pause button for now with sales, units at the location, ranging in size from around 560 to over 930 square feet, were being sold last month for $1,007 to around $1,365 per square foot, respectively, according to sales information from PropertyShark.

In the summer of 2018, LIVWRK and CIM Group were looking to net about $150 million in the sale of the 163 units, according to a report at the time from The Real Deal that cited an offering plan filed with the New York state attorney general’s office. CIM had bought into the project the year prior for $30 million.

LIVWRK acquired the vacant lot that would house the project in 2015 for $24.5 million.