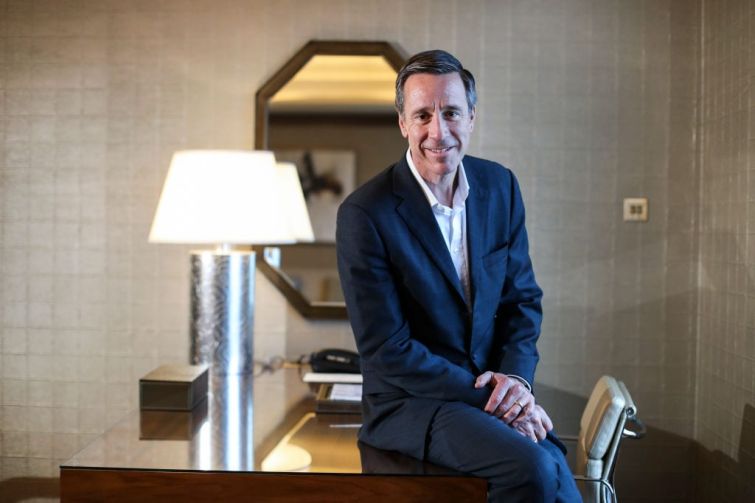 Sorenson, who had been CEO since 2012 and was the first non-Marriott family member to fill that position, was responsible for the $13 billion merger between Marriott and Starwood Hotels, making Mariott the biggest hotel company in the world with more than 30 brands in 110 countries.

He was remembered by colleagues and industry veterans as an astute businessman, a religious family man and a strong leader.

“He’s a nice guy and a strong leader,” said Allen Gross, head of GFI Capital Resources Group. “Being a leader of an organization like that, it’s a testament to who the guy is.”

Sorenson was diagnosed with pancreatic cancer in 2019 and continued in his role as CEO until earlier this month, when he scaled back his duties. Marriott executives Stephanie Linnartz and Tony Caputo assumed some of his responsibilities at that time, The Wall Street Journal reported.

Sorenson led Marriott through the outbreak of the COVID-19 pandemic, which crippled the hospitality industry and led to a 90 percent decline in Marriott’s United States business during the spring shutdowns, which Sorenson called “breathtaking” in an interview with CNBC. Marriott furloughed thousands of employees and cut executive pay. Sorenson said he would forego a salary in 2020 as part of the cost-cutting measures.

Sorenson was the son of a Lutheran minister who was born in Japan and grew up in St. Paul, Minn. He started his career as a lawyer and first encountered Marriott as a client and worked with then-CEO J.W. Marriott Jr., son of founder J. Willard Marriott. In 1996, Sorenson joined Marriott as general counsel, and then spent time as the head of business development and CFO.

After the 2016 merger with Starwood, Marriott continued to grow and now owns 7,400 hotels in 134 countries. During that time, Sorenson contended with the growth of home-sharing and Airbnb, the security breach that exposed the data of 383 million Starwood customers, and changing travel trends.

In 2019, Sorenson told CNBC that it had never been a better time for travel, since younger generations spend money on experiences before things.

“It partly is Instagram and other social media,” Sorensen said. “The consumption we now share, and brag about in a way, is the stuff we take pictures of.”