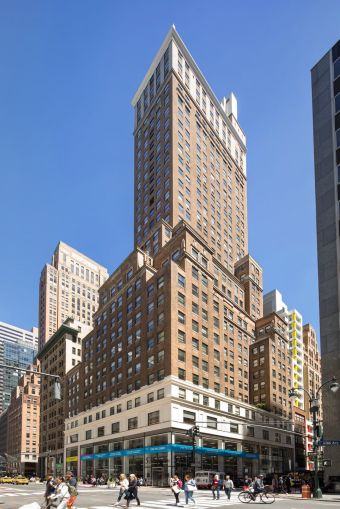 In the larger of the two deals, LIM signed an eight-year renewal for its 60,000-square-foot spot at Bernstein Real Estate’s 216 East 45th, according to tenant broker Cresa.

A spokesperson for Cresa did not provide the asking rent in the building between Second and Third avenues, but CoStar Group data estimates it’s between $43 to $52 per square foot.

LIM also signed a 10-year renewal for its 30,000-square-foot location at the Moinian Group’s 535 Fifth between East 44th and East 45th streets, Cresa said. CoStar Group estimates the asking rent in the 36-story building to be between $60 to $73 per square foot.

The college has been in both spots for more than a decade and decided to stay put, even after searching for new digs, Cresa’s Peter Sabesan said.

“Two long-term renewals by a highly respected and venerable institution is an affirmation of the future of higher education in Manhattan,” Sabesan said in a statement. “Our team … researched many other availabilities and concluded these two buildings offered exceptional locations, services, and value. Our client agreed.”

Sabesan brokered the deals for LIM along with colleagues Richard Selig and Mike Okun. Bernstein Real Estate handled the renewal in-house via Vince Terranova and Peter Liptrot, while Moinian also handled it in-house via Gabriel Dagan.

Spokespeople for Bernstein and Moinian did not immediately respond to requests for comment.