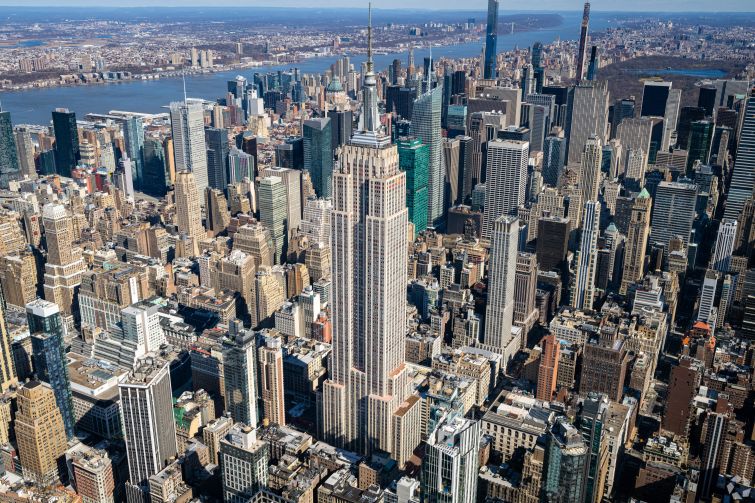 Empire State Realty Trust (ESRT) posted strong leasing activity in the fourth quarter of 2020, but still felt the impact of COVID-19 on its bottom line, with a nearly 98 percent drop in net income compared with 2019, according to the company’s fourth-quarter earnings report.

ESRT, an office and retail landlord with a Manhattan-focused portfolio, reported total revenues of $609 million in 2020 compared with $731 million in 2019, with the majority of the decline attributable to its loss of revenue from the observatory at its namesake property, the Empire State Building. With international tourism halted and most domestic travel curtailed, attendance at the observatory fell 91 percent in 2020 compared with the previous year, per the report.

Rental revenue, which contributes the vast majority of the company’s earnings, fell a more modest 3.6 percent, with a total of $563 million in 2020, compared with $584.4 million in 2019, though lower operating expenses offset some of the decline. ESRT ended the year with a $23 million loss, compared with an $84 million gain last year.

ESRT Chairman, President and CEO Tony Malkin said in an earnings call Thursday that he expected to see a return to the office once the vaccinations were fully rolled out.

“Work from home is maintenance, not growth and competition,” Malkin said. “We believe firmly that people are in the room where it happens, and miss the conversation and hallway validation when they click off the video conference — people will want to be in the office.”

On a positive note, ESRT posted strong office leasing activity in the fourth quarter, with a total of 395,035 square feet leased including renewals, relocations and expansions. Its biggest deal was the 212,154-square-foot lease with Centric Brands at the Empire State Building. In its second-largest lease, Clearview Healthcare Partners took 39,100 square feet at 111 West 33rd Street, replacing a previous tenant that ended its lease early.

Retail leasing was slower, with seven leases across 18,321 square feet signed in the fourth quarter.

Rent collections were up to 96 percent for office spaces in the fourth quarter and 87 percent for retail.