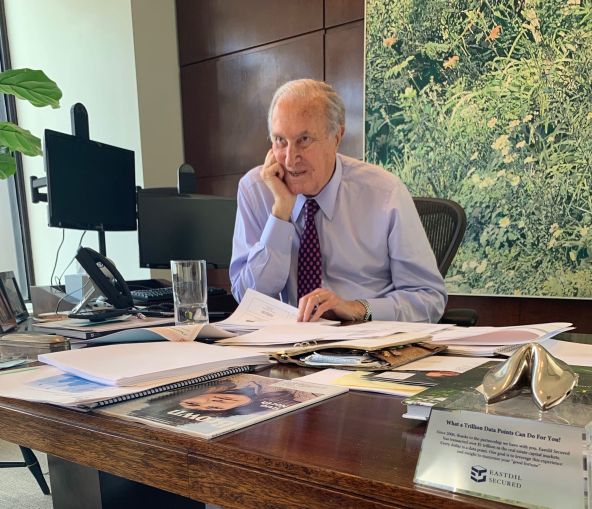 Ben Lambert, founder and chairman of the brokerage Eastdil Secured, who brought a Wall Street mentality to commercial real estate and sold some of the most iconic U.S. properties, died this past weekend. He was 82.

Eastdil CEO Roy March and President Michael Van Konynenburg sent an email to the company’s friends and clients on Sunday notifying them of Lambert’s passing. The cause of death was not disclosed.

“Ben was a legend in real estate and the founder of the real estate investment banking industry,” March and Van Konynenburg said in their message. “Ben’s countless contributions laid the foundation for today’s commercial real estate industry.”

Lambert founded Eastdil in 1967 with the vision of bringing an investment banking approach to real estate. Throughout his more than 50-year career, Lambert was involved in some of the country’s biggest real estate transactions, including the sale of Chicago’s Willis Tower and New York City’s General Motors Building. He also oversaw the financing of San Francisco’s Embarcadero Center and the MacArthur Foundation apartment portfolio.

In the 1980s, Eastdil entered into a venture with Nomura Securities, and from 1999 to 2019 operated as a subsidiary of Wells Fargo. Lambert and his firm’s management team led a buyout of Eastdil in June 2019 as part of a partnership with Guggenheim Investments, Temasek Holdings and Wells Fargo.

Beyond his involvement with Eastdil, Lambert was an adviser to a number of corporate boards and organizations, such as the Irvine Company and Hilton Hotels Corporation. He was also a founding trustee of the Wells Fargo Mortgage & Equity Real Estate Investment Trust and a former chairman of the board for the National Realty Committee.

Lambert graduated from Brown University, where he would later serve on the board of trustees. He was also founder and chairman of the Harlem Day Charter School.

March and Van Konynenburg said they are hoping to hold a future ceremony in honor of Lambert when it is safe to hold large gatherings again. He leaves behind his wife Linda; three daughters, Alexa, Lauren and Hilary; brother Henry; stepson Oliver, and six grandchildren.