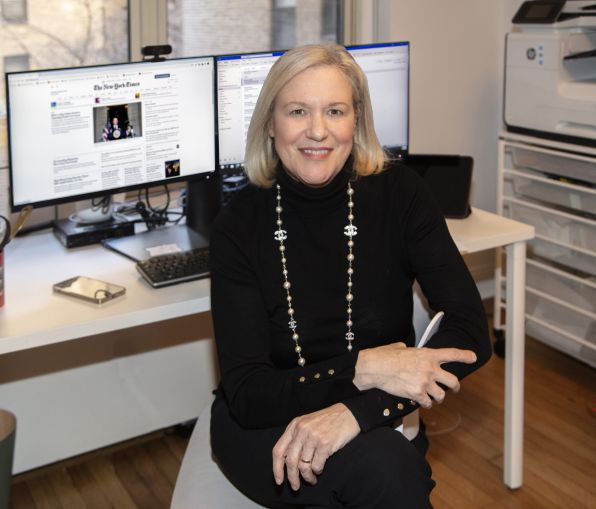 Barbara Wagner, one of the undisputed royals of real estate PR, is leaving her perch at Rubenstein to form her own public relations consulting company, Barbara Wagner Communications, Commercial Observer can report.

Wagner had been at Rubenstein for 17 years serving as executive vice president where she handled some of the luminaries of the commercial real estate business, such as Jamestown, Steiner Studios, the Tavistock Group, as well as residential brokerages like Douglas Elliman, among others.

“I’ve been working with her for about 15 years,” Doug Steiner of Steiner Studios told CO, who will be one of her new clients. “I give her full credit for whatever branding out there we have in the marketplace from the great coverage she’s gotten us.”

“It has long been my dream to build out my own practice,” Wagner said in a prepared statement, “and I couldn’t be more excited to announce the launch of my new venture.”

In addition to her real estate clients, Wagner will also be taking on clients in other fields.

Wagner’s former employer is sending her off with well wishes. “We greatly appreciate Barbara’s contributions to Rubenstein and wish her continued success in her new endeavor,” Steven Rubenstein, president of the eponymous firm, said in a statement to CO.

As for starting a new business in the middle of a pandemic, Wagner was unconcerned.

“I think that this is a perfect time to open up,” Wagner said. “I can sense movement, with apartment rentals and sales on the uptick, and a general feeling of some optimism about growth and change. I was very sick last March with COVID and being that sick does give perspective.  Opening up my own shop is something I’ve always thought about doing and the timing felt just right.”