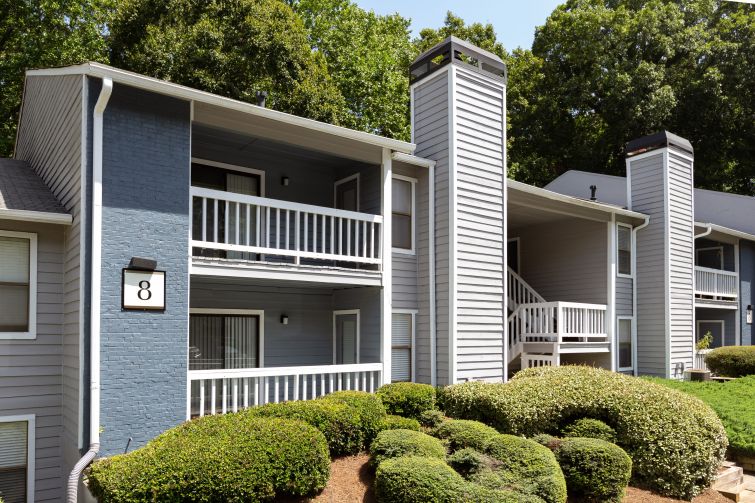 Newmark has provided just over $76 million in agency debt to American Landmark Apartments (ALA) to help fund the firm’s acquisition of two apartment complexes in Marietta, Ga., Commercial Observer has learned.

The Freddie Mac-backed, floating-rate financing facilitated ALA’s purchase of The Knolls and The Crossings in Marietta, a suburb situated north of Atlanta, from TerraCap Management. The two properties will be renamed The Everette at East Cobb and The Franklin at East Cobb, respectively, and ALA will undertake a value-add program on both assets.

Newmark Multifamily Capital Markets’ Henry Stimler, Bill Weber and Matt Mense, alongside Osman Baig, originated the debt for ALA, while Newmark’s Dave Gutting and Derrick Bloom brokered the sale between the two parties.

Both assets were built in 1985 and feature one-, two- and three-bedroom units, per Newmark. The Everette at East Cobb is located at 1675 Roswell Road in Marietta and sports a mix of 312 multifamily residences, while The Franklin at East Cobb is a 380-unit complex at 875 Franklin Gateway SE.

The Everette’s amenities include outdoor grilling areas, a pool with a sun deck and a poolside fireplace, an outdoor kitchen area, a lounge area, a fitness center and a dog park. The gated complex that is The Franklin sports a central clubhouse building, a business center, a fitness center, a pool and sundeck, a pet park, a playground, and barbecue and picnic area for residents.

The properties are located about 16 miles northwest of Downtown Atlanta, just east of the center of Marietta, and they are surrounded by a bevy of food and beverage and shopping outlets, including grocery and park space. They are also approximate to Kennesaw State University’s Marietta Campus and a range of employment drivers.

Monthly rents at both properties range from around $1,000 for one-bedrooms to north of $1,500 for the three-bedroom residences, according to information from the properties’ respective websites.