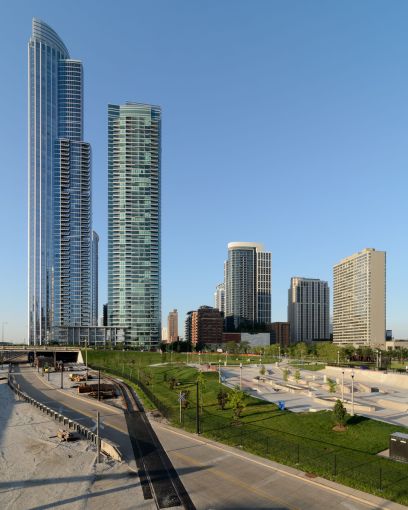 Located at 717 – 737 S Desplaines Street, the 4.6-acre site on which the asset sits was acquired by 601W in 2018 for $34 million from St. Louis-based Ascent, according to sources. The parcel was originally bought by Ascent in 2013 for $27 million with intentions of turning it into a data center, which never came to fruition.

At the time, the acquisition bolstered 601W’s presence in Chicago’s South Loop neighborhood, with the firm also owning and overhauling the Old Chicago Main Post Office building three blocks away occupied by Pepsi, Uber and Walgreens. The building had been unoccupied for nearly a quarter-century until 601W’s acquisition in 2016.

JPMorgan Chase and Carlisle Tax Credits Advisors financed a renovation of the asset with a $179 million total equity investment and $196 million of historical tax credits. Planned renovations to the Art Deco building include commercial offices, a food hall on the first floor, new common areas, a quarter-mile running track and a rooftop deck.