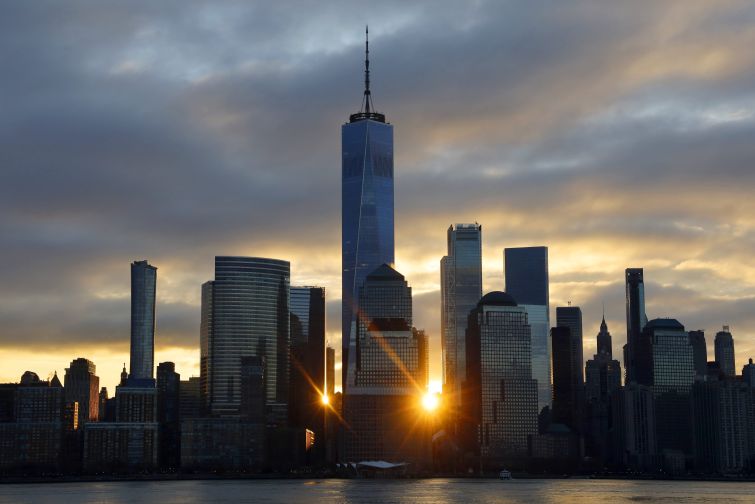 DeVon Prioleau was one of the thousands of AIG employees laid off during the 2008 financial crisis.

“It’s no secret,” said Prioleau, who was an associate in AIG’s real estate division at the time. “It wasn’t just our floor; the whole building lost their job.”

Now, Prioleau is a director at Ferzan Company, a real estate consulting company that provides project and strategic management. And, come March, he will be in the first cohort of Real Estate Board of New York fellows to graduate from a leadership program designed to promote diversity within the upper ranks of the real estate industry.

This was the first year that REBNY offered the fellowship, which provides real estate professionals a six-month professional development program, with civic leadership training by the Coro New York Leadership Center and networking opportunities.

The program is one of several new initiatives that REBNY has instituted over the past few years to promote diversity at every stage of the industry pipeline, from recruitment to the C-suite, said Darcy Stacom, co-chair of the organization’s Diversity Committee and a commercial broker at CBRE.

“In looking at diversity, we wanted to approach it from any number of levels,” Stacom said. “The training program trains people to move up into leadership positions, so that at higher levels, there is diversity and people thinking about diversity.”

Several other REBNY initiatives focused on the earlier parts of the talent pipeline, through education and recruitment efforts. One such effort was advocating for a real estate program at Lehman College, which offered its first real estate program in fall 2020. Lehman is one of the most diverse colleges in New York City; 88 percent of its graduates in 2017 were non-white, according to its website. Since many colleges don’t have real estate programs, students often don’t view it as a viable option and don’t know the range of possibilities available within real estate, particularly commercial real estate, Stacom said.

“We’re getting in there and just educating people,” she said. “When you are coming out of college and you have a lot of student debt, you’re not looking at being a commissions-only broker, but 90 percent of real estate jobs are salaried.”

Prioleau, who is Black, has long been involved in diversity efforts and is a board member at the Council of Urban Real Estate (CURE), a group that promotes diversity and inclusion in commercial real estate, also through education, recruitment and networking.

Prioleau studied architecture at Cornell University, a career path he was introduced to by a family member, then continued his studies at the Harvard University Graduate School of Design.

It was only once he started working in architecture that he realized he preferred to work in a more people-facing environment and made the jump to construction, and from there, to real estate.

But, he wishes that career days in high school made corporate jobs like his more accessible. “I wish that there were more people that looked like me that had different skill sets at these career days,” he said. “You get the cop and the doctor, the traditional ones.”

It’s also important for kids to see it’s possible to stay true to yourself, whatever that looks like, while also pursuing a corporate career, Prioleau said. “I have my corporate side, I have my hip-hop side,” he said. “Had I known that someone can be themselves, and can look like me, and do this, I might have started earlier.”

Prioleau said he applied for the REBNY fellowship because he wanted to be connected with other professionals. “I wanted to be surrounded by like-minded people, all in senior positions, looking for that next break,” he said. “The true value of the program is the candidates.”

Johanna Clark-Wendt, a marketing director at CBRE, also felt that the relationships between candidates was a key part of the program. “It’s the connections,” she said. “Being in New York City, being able to tap into these folks and connect with like-minded individuals.”

Clark-Wendt has worked in real estate marketing at CBRE for 14 years, first in Los Angeles, then later on the East Coast. The program helped fill out her network here in New York. Clark-Wendt finished the application process in March, prior to COVID, and found out that she’d been selected in April. “It was such a bright spot considering everything that was going on,” she said.

The program, like everything else, moved online because of the pandemic, but Clark-Wendt felt that REBNY and Coro, which ran the leadership training, did a good job creating true opportunities for networking and interaction. The leadership training, in particular, helped each candidate hone their own management style. “It turned into quite a collaborative process,” Clark-Wendt said.

As for the diversity aspect of it, it wasn’t necessarily addressed head-on, so much as an organic outcome of the makeup of the group, said Clark-Wendt, who is of Haitian and Latina descent.

“It’s a natural part of the program, when you put so many diverse candidates together in a room, you’re going to have the ability to have a lot of open discussions about diversity,” Clark-Wendt said. “We’re not going to have a diversity day, [just] putting us together collectively to talk about leadership and training; it’s going to bring those discussions to the forefront.”

Which is one reason it’s so important to have more diversity in any industry, so that diverse perspectives can be heard, said those involved in the REBNY fellows program.

But the real estate industry continues to lag far behind, and its ranks remain largely white and more than 60 percent male, according to a diversity report by CREW Network, a 32-year-old association for women in CRE. The report found that the proportion of women in commercial real estate remained flat between 2005 and 2020, while the number of women in executive positions increased slightly.

The number of people of color and members of the LGBTQ community remain harder to pinpoint, but shares of them in commercial real estate are certainly below nationwide demographics, per the report.

Representation, of course, is not the only factor contributing to inequity. According to the same report, significant pay gaps existed between men and women across all levels and sectors, as well as between white and minority employees.

In recent years, the industry has paid much more attention to diversity and to inclusion efforts by groups like REBNY and major real estate companies. Many companies have hired diversity and inclusion executives, launched committees, and dollars have poured in to support initiatives. In particular, 2020 saw a wave of action in the wake of the protest movement that erupted after the killing of George Floyd at the hands of law enforcement — and despite the disruption from COVID.

Stacom, whose fellow co-chair on the Diversity Committee is Bernard Warren of real estate services firm Webb & Brooker, said that the resources and energy she’s seen focused on diversity is encouraging, but hasn’t changed their long-standing commitment to the matter.

“We’ve been at this for three years, and we’re serious about it,” Stacom said. “There’s a lot of pieces of the puzzle, but we’re working on it.”