The group pivoted fast in the maw of the pandemic — but what initiatives will outlast COVID? 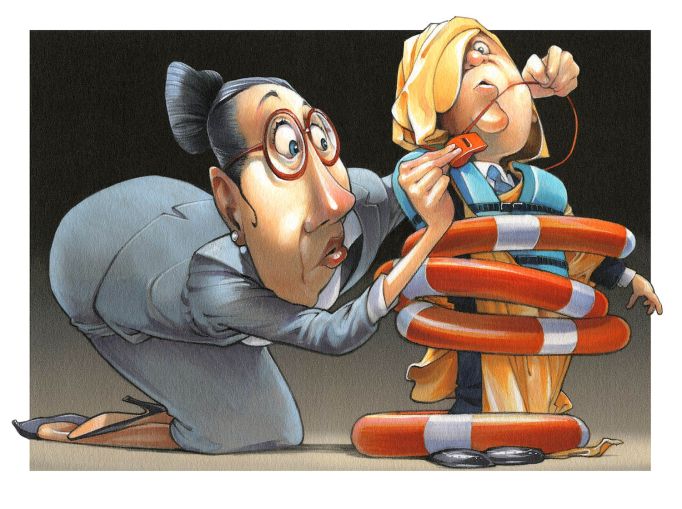 REBNY was ready. REBNY is ready.

That’s the message that the Real Estate Board of New York wants to put out there in the wake of how it has handled the coronavirus pandemic, both for its thousands of members as well as for its own internal workings.

The organization — among the most powerful trade groups in New York City — undertook numerous efforts early on in the pandemic to advise and, in some cases, float its members. These efforts may very well live beyond the pandemic as ways to cope with future major disruptions, REBNY says.

At the same time as these more formalized institutional efforts, individual REBNY members undertook initiatives to carry different parts of the trade group through the tumult. These more informal efforts, reactive as they were to the pandemic specifically, have less staying power.

For now, though, with mass vaccinations promising an end to the upheaval, REBNY can look back with relative satisfaction at handling itself through COVID — while also probably wishing it doesn’t confront something like it again anytime soon.

“They really did a phenomenal job,” James Nelson, a principal at brokerage Avison Young and chairman of REBNY’s commercial board of directors, as well as a member of the group’s board of governors, said of REBNY staff. “They worked around the clock to be responsive, be a resource, so I cannot thank the REBNY team enough.”

Others were as appreciative, if more measured. So much of the reaction to the pandemic was out of any business organization’s control after all. Governments took the lead and that was that.

“I think they did the best they could,” Jeff Gural, chairman of GFP Real Estate and a member of REBNY’s executive committee, said of the group.

Speaking from an owner’s perspective, but echoing a sentiment heard widely in real estate these days, Gural added: “Most of us have never thought of being in a situation where the government mandates that people stay home and don’t leave their house.”

The unprecedented situation forced those both formal and informal efforts from REBNY, particularly during the pandemic’s first weeks, as the New York City economy shut down and the ritualistic machinations of its real estate industry — showings, closings, networking, site visits — shut down with it.

These efforts weren’t necessarily altruistic in nature. They were designed to steel an industry and a group that had to somehow keep doing business.

REBNY, after all, is fond of reminding reporters, public officials, and the city at large of its impact on New York’s bottom line. A report from the group two months before the pandemic noted that the city’s real estate industry generated nearly $32 billion in taxes in the previous fiscal year — 53 percent of New York’s entire revenue haul and a vital funding source for public services.

Weathering major crises — and crises don’t get much more major than an economy-halting pandemic — are a must then for REBNY and not just because of its decades-long role as advocate for the real estate industry.

The pandemic’s economic effects hit REBNY early on. The group announced in June that it had laid off about 10 percent of its staff and cut salaries for others amid dwindling dues payments and the disappearance of live fundraisers. The pandemic forced REBNY pretty much from the start to cancel numerous events big and small, including its annual gala scheduled for this January.

Out of these shocks, however, came the formal responses.

Perhaps the biggest involved changes to what REBNY calls its Residential Member in Need Fund. The fund is organized and run through REBNY’s separate REBNY Foundation and dates from 1994. It is designed to float qualified members on the residential real estate side who need temporary financial assistance. REBNY loosened the qualifying criteria for grants from the fund, which can run to $15,000 each and be doled out incrementally.

The move had a very tangible effect. In 2019, six REBNY members received Member in Need grants; in 2020, the fund aided 17 members.

Moreover, the pandemic led to a change in how the REBNY Foundation raises money for the fund. Previously, it came primarily from the annual Deal of the Year Charity and Awards Gala — which, of course, COVID rendered impossible. Fundraising via the gala shifted to virtual, and the REBNY Foundation now plans to continue to raise money for the Member in Need Fund year-round the same way.

Another REBNY initiative that will now outlast the pandemic is a discounted commission advance program that the group implemented for residential brokers who suddenly found themselves in a market not doing all that many deals. REBNY arranged commission advances with companies, such as Concord Commission Advance, that specialize in such payouts.

The group, too, set itself up as a resource for real estate professionals. That included establishing an online clearinghouse for information about COVID-related assistance from REBNY, as well as from state and federal governments.

REBNY also released safety guidelines for members to follow. These included an early June rundown of best practices as parts of the New York City economy reopened. The recommended practices involved trying to keep things virtual, or online, if possible — meetings, showings, due diligence, closings, etc. — and to abide by government hygiene guidelines.

Then, there were the REBNY recommendations more specific to different parts of the industry. These included best practices guidelines for dealmaking for office and retail brokers — “Virtual tours should be conducted whenever possible,” began one section — and the same for investment sales as well as residential closings.

REBNY also provided guidance on liability. This was especially necessary when it came to visiting properties for tours during stay-at-home advisories. REBNY members could access through the organization a Limitation of Liability Form they could use — and sign themselves — for in-person showings and meetings.

These formal moves were the results of meetings early on between and among staff and member committees. These rounds of meetings themselves presage what REBNY will do the next time a calamity akin to COVID disrupts it.

“Our committees and working groups meet frequently, sharing knowledge and discussing key concerns, industry trends and critical needs,” McKenna Warren, REBNY’s senior vice president for brokerage services, said. “We always have and will continue to utilize these groups as another means of staying on top of the issues and in touch with our constituents. This allows us to keep our members on the same page, armed with the facts, and well-prepared to do business, especially in a crisis.”

The collaboration, too, led to informal approaches to dealing with the pandemic’s effects on REBNY. Early on, the residential downtown brokerage committee, for instance, brought on a psychiatrist to speak (virtually, of course) to interested members about the psychology of fear — a hot topic given the lockdowns and shutdowns.

“It’s hard to captivate an audience online,” said Jaf Glazer, a managing director at brokerage Conquest Advisors, who co-chairs REBNY’s residential downtown committee. “You try to get interesting people to come on.”

There were also numerous networking events over Zoom and other virtual portals. The number of these, too, picked up as the pandemic picked up in severity, members said.

Many of the events were attempts to replace the in-person networking that REBNY is well-known for, according to members. The events also helped fill a void in information gathering about leads and comps; though, members appear to agree that nothing beats in-person meetups.

It’s unclear if these more informal efforts will outlast the pandemic, beyond the very fact that they even happened. That is, REBNY was able to go virtual for so much, and can do so again.

“They’ve proven that they can move to a virtual model with very short notice, so I think knowing that they can do that is very helpful,” Nelson said of the organization. “There is still a lot of benefit in having in-person events.”

This appears to be the end goal for REBNY. Get through the rest of the pandemic to a return to normal operations and affairs. Take what it needs from the experience into the future to proof against the next major disruption, and discard the rest.

“This year was very much about being able to react to the situation, move quickly,” Nelson said, “but I think now that we’ve got a little better handle on the situation, it’s how can we learn from this moving forward?”