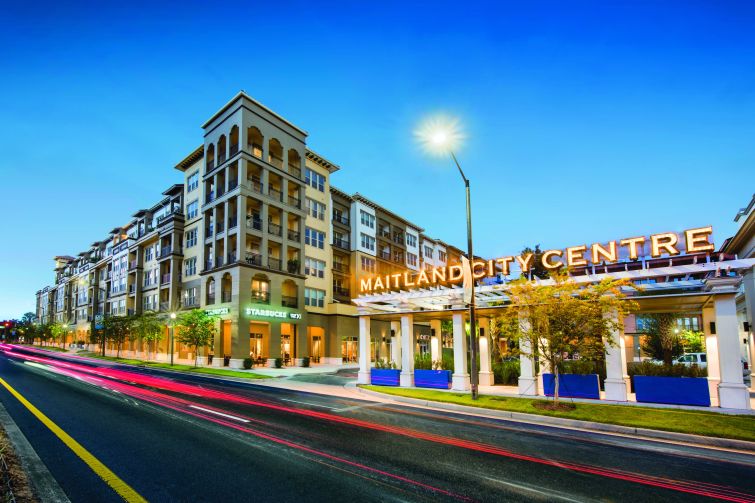 A joint venture between Coral Gables, Fla.-based The Allen Morris Company (AMCO) and Mesirow Institutional Real Estate Direct Investments closed out 2020 by securing a $47.5 million loan from New York Life to refinance a residential mixed-use development on which the duo recently wrapped construction, according to information from both parties.

Life companies have mostly pulled back and become more conservative and more stringent in underwriting during the pandemic as it relates to where they deploy capital. But, New York Life Senior Director Randall Hall said in a statement that his company was “pleased to offer financing on this well-located and meticulously designed property.”

Commercial real estate finance and advisory firm Walker & Dunlop assisted with the refinancing, according to information from AMCO.

“We are thankful to Truist and TD Bank for their confidence in [us], which allowed us to develop this new city center for the city of Maitland,” AMCO Chairman and CEO W. Allen Morris said in a statement. “One of the interesting aspects of the new reality in which we are all engaged is that this entire process happened virtually, without a single in-person meeting. That takes great confidence on behalf of all parties to ensure success, and for that, we are grateful to everyone involved.”

The property stands at six stories and is situated on a three-acre parcel of land encompassing a full city block that’s located about nine miles north of downtown Orlando. AMCO indicated that the Class A development is the first “urban live/work community” in Maitland.

While the development made ample room for retail and dining space, its location in the center of Maitland puts it near a variety of local restaurants, as well as doctor’s offices, grocery outlets, banking outposts, park space and small bodies of water. The development is adjacent to Maitland City Hall and is just a few blocks from the Maitland Public Library, and it is also just a short walk from the city’s SunRail station at 801 North Orlando Avenue that leads into Orlando.

AMCO Chief Investment Officer and Executive Vice President W.A. Spencer Morris said in a statement that the development is an ode to the firm’s “skill across multiple platforms, from land acquisition to conception to ultimate delivery of a compelling project.”

Maitland City Centre is a gated community with a central courtyard and sizable roof terrace. Its residential amenities include a fitness center, a game room, a sundeck with cabanas equipped with furniture, a zen garden, a rooftop pool and a rooftop dog park, as per information from the property’s website and from Apartments.com. It also includes assigned, covered parking and an area for bike storage, service and maintenance.

The property features one- and two-bedroom units, with in-unit laundry, that range from around $1,500 for the former to north of $2,600 for the latter, according to listings on Apartments.com.