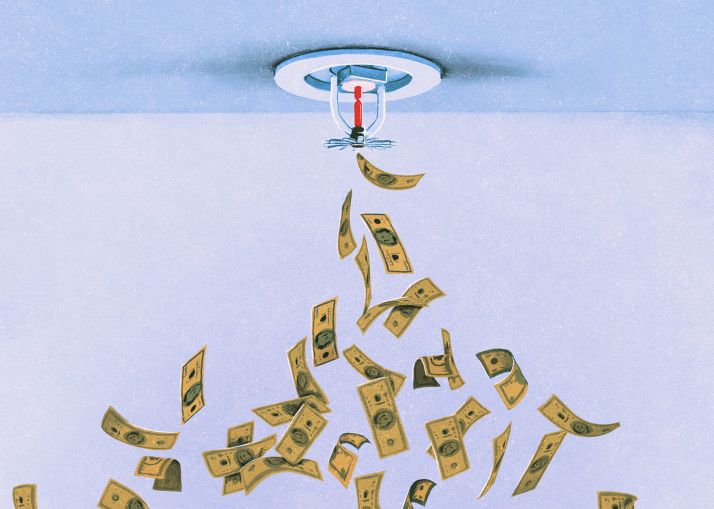 Even as they struggle with high vacancy rates and tenants defaulting on rent during the pandemic, New York City landlords are also staring down the barrel of new policies, rising liability insurance costs, and delays in city approvals that are making it increasingly challenging to break even financially.

Upcoming deadlines for carbon reduction measures, a glacially slow inspection and approval process for elevators and boilers, and huge hikes in insurance premiums have created a perfect storm of issues for owners of older, rent-stabilized housing, particularly in working-class parts of the outer boroughs.

These higher operating costs also come at a time when landlords can no longer pass the costs of most upgrades onto tenants. The new state rent law passed in June 2019 allows landlords of rent-stabilized properties to pass 2 percent of building-wide renovation costs onto tenants, down from 6 percent under the old law. Those renovations include upgrades or repairs to boilers, plumbing, heating and cooling systems, roofs, facades, windows and lobbies.

The additional regulations, too, arrive during an era when real estate owners and the city’s political class are at constant loggerheads over New York’s present and future. The commercial real estate industry often comes in for withering criticism from political candidates for their supposed treatment of tenants, and the industry itself has lost clout. The passage of the regulations themselves, particular 2019’s rent law changes, underscore that.

In December, the City Council considered a bill that would require landlords to install sprinklers in each apartment in residential buildings that were at least 40 feet tall. Owners would have until December 2029 to comply, and then face daily fines of $250 to $10,000 if they did not.

After an outcry from small landlords and homeowners about the potential expense of installing new sprinklers, City Councilman Barry Grodenchik, the bill’s sponsor, promised that it would not, for now, “go forward as currently written.”

However, the battle was emblematic of a growing pile of new and costly regulations for the new decade that owners of older apartment buildings are struggling with, from elevator and lead abatement inspections to carbon emission reduction standards.

Jay Martin, executive director of the Community Housing Improvement Program (CHIP), a trade association for small landlords, said that he’d seen liability insurance premiums for landlords rise 30 to 40 percent in some parts of the city, particularly in working-class areas of the Bronx and upper Manhattan, since the pandemic began last March. These premiums have risen 200 percent on average for landlords citywide over the past decade, he said.

“The insurance companies are basically saying, ‘If you rent in a higher-risk neighborhood, if you rent to people who are poorer, we’re going to charge you more to do so,’” Martin explained. “It’s the equivalent of redlining, essentially. They think, “You own a building in this neighborhood, where people are more likely to default on the rent, where people are more likely to damage the unit. If you’re going to keep losing 20 percent of your net operating income, we’re going to keep passing on the cost in your premiums.’”

He added that vacancy rates for his landlord members are double what they were a year ago in many parts of the city. Brooklyn was more stable, with a 30 percent increase in vacancies, while landlords in Manhattan were reporting a 60 percent increase in empty units. In Queens, too, vacancies have “almost doubled,” Martin said.

The real estate trade exec also blamed increased costs on slow inspections for elevators and gas lines, which are conducted by a handful of private companies that employ third-party inspectors licensed by the city. Elevator inspections were already a slow process before the pandemic, and they have gotten even more bogged down since last March.

“The inspectors are backlogged, and they have COVID cases, so they have fewer people to do inspections,” Martin said. Meanwhile, landlords may face fines from the city’s Department of Buildings for having an uncertified elevator.

Frank Ricci, executive vice president at another landlord group, the Rent Stabilization Association, felt that smaller landlords were being slammed by recent changes to the city’s regulations for retrofitting buildings, Local Law 97.

The City Council passed the legislation two years ago with the aim of reducing buildings’ greenhouse gas emissions 40 percent by 2030. Both residential and commercial buildings, with few exceptions, have to slash their carbon emissions in order to meet certain energy benchmarks over the next three decades, with the first deadline set to arrive in 2024.

The original version of the bill exempted any building that contained at least one rent-stabilized apartment. Then, in October, the City Council passed a bill that raised the exemption threshold, which means that owners of buildings where fewer than 36 percent of the apartments are rent-regulated must now comply with the carbon reduction standards.

The change, Ricci argued, would affect hundreds of buildings that haven’t been preparing for big retrofit projects. Landlords that don’t reduce their energy usage by the city’s deadlines face annual fines of $268 per metric ton that their carbon footprint exceeds the limit.

“If the council was so concerned about decreasing the carbon footprint, they wouldn’t have raised the minimum indoor temperature overnight for multiple dwellings from 55 to 62,” Ricci argued.

That bill, passed in 2018, increased the minimum nighttime temperature for apartment buildings to 62 during the fall and winter, regardless of the temperature outside. The city’s environmental assessment found that the policy would create an additional 133,325 metric tons of carbon dioxide each winter. “Although the proposed action is found to be inconsistent with the city’s [climate] goals, the potential increase in greenhouse gas emissions of 0.26 percent would not result in a significant adverse impact” under the city’s environmental review standards, the report noted.

Landlords also lament the City Council’s efforts to accelerate the timeline for them to switch from burning No. 4 fuel oil to natural gas, steam or clean-burning fuels in their boilers. Landlords were supposed to have until 2030 to transition their heating systems to a cleaner fuel source. But the council is considering a bill this month that would move the deadline up to Jan. 1, 2025.

“It’s still a good thing to ultimately convert buildings over to a cleaner fuel, but you have to balance that with the affordability for tenants in those buildings,” Ricci said. “When you have big expenses, you need a 5- to 10-year window at the minimum. You may need to refinance the building, you may have a balloon payment. These low-income buildings need a lot of time to figure out what they’re going to do to convert over to something besides No. 4 oil. [If the new bill passes, landlords] would be fined, but they wouldn’t even have the money to do the conversion.”

Residential landlord and developer David Schwartz of Slate Property Group felt that while the council’s constant, new building regulations may be well intentioned, they often increase operating costs for landlords, which results in higher rents.

“When you have a consultant write a report, it’s $1,000 and that cost gets passed onto landlords,” Schwartz said. “When the City Council comes out with a bill, they should look at the cost-benefit analysis of it. If every single person had to drive with a police officer, there would be no drunk driving, but the cost of that is way more than the benefit of that. That’s kind of what they do with monitoring buildings. We have an affordable housing crisis; are we adding things that exacerbate that crisis?”